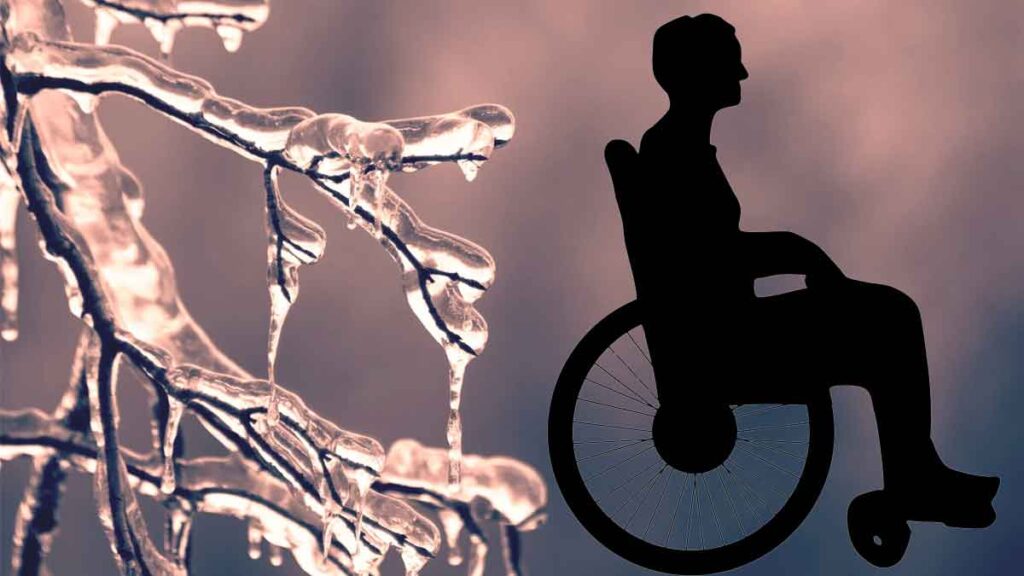 While many around the Tampa Bay area celebrated today’s chilly weather, Saxy Raffleson was left crippled and fighting for his life while trying to cross Nebraska Avenue.

“I was crossing the street and then this guy dressed in a blue full-body suit came up behind me and hit me in my lower back with a crowbar,” said Raffleson from his hospital bed.

After being struck numerous times, Raffleson was unable to move his legs and had to crawl to safety before the light turned green.

“I didn’t want to inconvenience anyone that was driving,” he said as I spoon fed him some soup.

Raffleson says that the person in the blue full-body suit continued his assault while screaming that his name was Cold Front.

Officials say that the mysterious Cold Front took off and has probably already left town.

Raffleson was eventually rushed to a nearby hospital but Doctors say he is far from okay.

“To protect his insides, we had to put him in a full body cast and suspend him over the bed, but his head and arms are fine,” said Dr. Watermolon.  “However, he will probably never walk again.”

Suddenly the lights of the hospital flickered on and off.

For a brief second, it appeared as if Dr. Watermolon was wearing a blue full-body suit and holding a crowbar.  The lights then flickered on and off again, I blinked hard and the doctor was wearing his lab coat again.

I thanked the doctor for his time, but as I went to leave, I was struck in the lower back with a crowbar.  The same man that Raffleson had described attacking him in the streets had been posing as a doctor the whole time.

“Cold front…,” I said with my last dying breath.  Cold Front then beat my head in with the crowbar and left me to die on the hospital floor.

Officials are again saying he is gone, but might show up again.  He also might not, I don’t know.