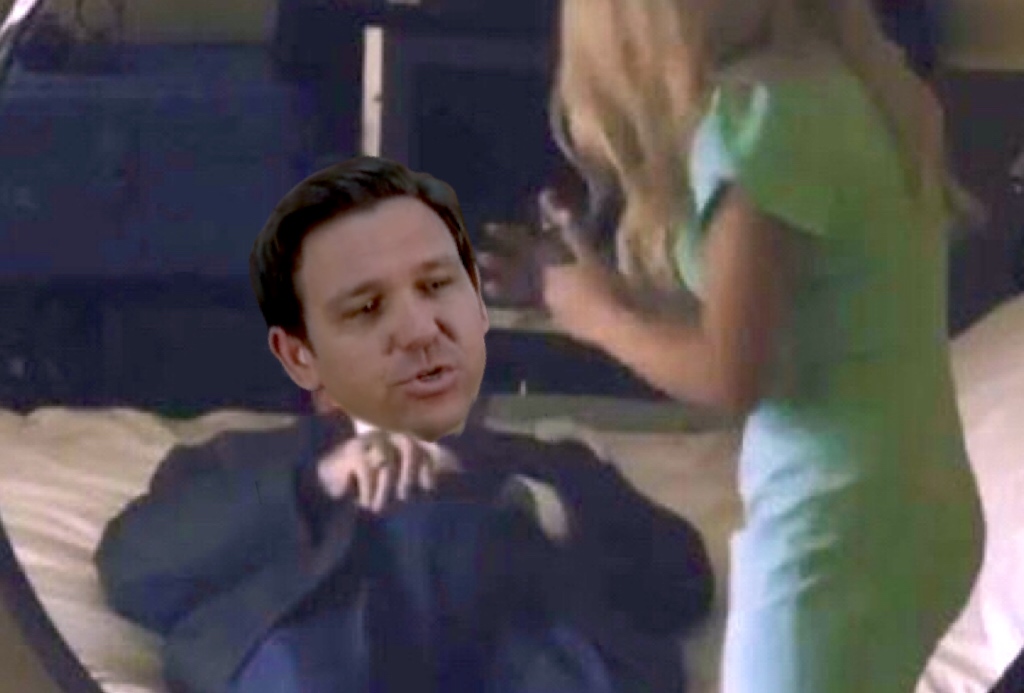 In an effort to avoid potentially embarrassing situations like Rudy Giuliani’s appearance in the new Borat film, Florida governor Ron DeSantis is enacting an immediate emergency ban on all foreign journalists coming to the state of Florida from countries whose names begin with the letter K.

“Foreign operatives interfering with our democratic process are a very real and dangerous threat. When they come after Republicans, that is. Otherwise, they’re a hoax”, he said at a press conference at Jimbo’s Pit Bar B-Q in Tampa yesterday afternoon. “This Borat fellow came all the way over here from Kazakhstan in order to misuse his position as an international journalist to ambush and embarrass the great Rudy Giuliani. Fortunately, Rudy is too smart for that kind of thing and got out of the situation only a few minutes after it was too late. Fake news is a real problem, folks! That kind of thing is not going to happen here in Florida, believe me. I will now take questions from the legitimate, local media gathered here today. One at a time, please.”

As the only person from the local media in attendance, and that was only because I was in the mood for a pulled pork sandwich and some cole slaw, I felt obligated to point out that Borat is not only not a journalist from Kazakhstan, he’s not even a real person. Rather, it’s a fictional, satirical character portrayed by Sacha Baron Cohen, an English actor, comedian, writer and producer.

DeSantis replied, “I know that. You think I don’t know that? Of course I know that! The only person who wouldn’t know that is someone with questionable judgment, if not a downright idiot and a pervert. I totally knew that!” He then leaned over and had a quick and brief whispered exchange with ones of his aides.

When he returned to the podium, he added, “England is also known as the Kingdom, United, so this ban most definitely still applies to Mr. Sacha Bruno Bushwhack Borat Cohen and his hot daughter.”

The statewide ban takes place immediately and directly affects the aforementioned nations of Kazakhstan and the United Kingdom as well as Kenya, Kiribati, Korea (both North and South), Kosovo, Kuwait, Kyrgyzstan, Kentucky and Kalamazoo, Michigan.

He then gave a double ‘thumbs-up’ gesture, said “Great success!” and went across the street to eat lunch at Chicken Salad Chick.

The aide accompanying Governor DeSantis stayed behind to eat a quarter (dark) barbecue chicken meal at Jimbo’s and told me the issue had caused great concern in Tallahassee. “Ron always lies down to tuck his shirt in, just like Giuliani did in the movie. A lot of Republican officials do. I think it’s something Rick Scott started and they all copied. Even the women.”