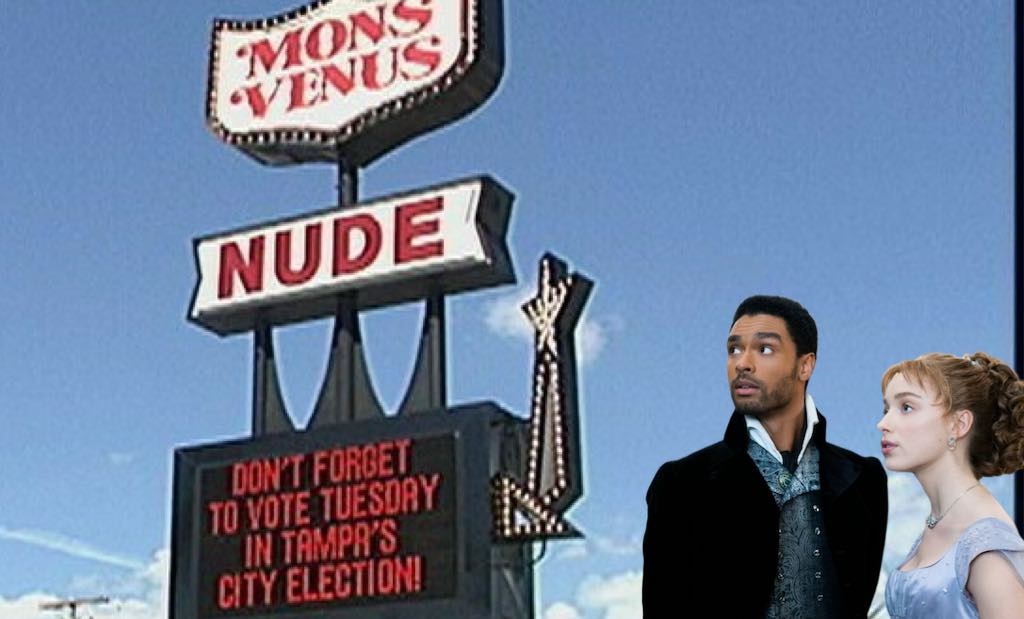 Tampa was mentioned in an episode of Bridgerton and it’s driving Tampa residents wild.

In episode 6 of Bridgerton’s 2nd season, A conversation takes place between Queen Elm and Billy Bridgerton in the royal castle. During the chat, at one point the queen gets heated and tells Billy to leave the quarters to which he replies, “Where am I supposed to go? Mons Venus, on Dale Mabry in Tampa?”

The reference can’t be missed and is a definite nod to the directors fondness of Tampa, Florida, and his personal connection to the city.

“It just felt right to add that line of dialogue,” Said Danny Directo, the director of the Netflix series.

“I grew up in Tampa, which is something most fans don’t know, so I thought it would be nice to drop a subtle reference to the city I grew up in, during the show.” Directo said, graciously.

I know you wouldn’t believe that, based on how well I probably depicted a scene in the show, but it’s true, I’ve never seen it.

I was supposed to watch the episode with the Tampa reference in it on my night off but it was my friend bachelor party and I got sick at the all-you-can-eat clams buffet he set up on the party bus.

We ate clams on the bus, then rode jet ski’s to the St. Pete pier, and had a milk-chugging contest.

That was all fine, but then I drank a liter of hot sauce to impress the guys, and when I followed that with a 20 oz Mountain Dew Code Red, my stomach got a little upset.

I was able to finish out the night at the rock climbing facility no problem, but once I got home and ate an entire pack of certs mints, I started barfing all over my studio apartment, even drenching my special needs cat in bile.

I felt terrible about it, I had to give my cat a bath at 5 AM, as the sun rose, and I was late for work, so I just made up the story.

I’ll watch the episode of Bridgerton that mentions Tampa, then write a real story about it when I get the chance.

Tip for anyone going to a bachelor party: Don’t pre game the night with rumple mint shots and huffing mouthwash. It will not enhance the experience.