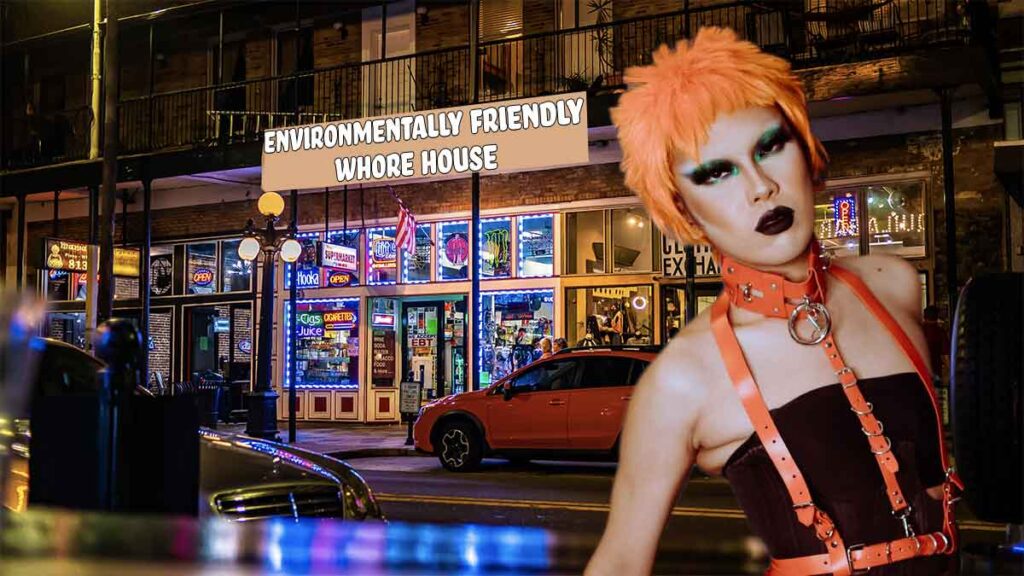 The city’s first environmentally-friendly whore house has opened in Wesley Chapel, highlighting it’s minimal carbon footprint, claiming, “we just let you come inside of them with no condom, no mess, no garbage from contraceptives, clean prostitution.”

So far only three women have claimed residency, taking on a large workload.

“Yea, it’s a tough job but somebody’s got to do it.” Claimed Berty, one of the few ladies who joined the organization.

“Yea, sometimes I feel like those prehistoric birds in The Flintstones, who does some awful job then turns to the camera like, ‘it’s a living.’” Berty said as she extinguished her three-quarters burnt cigarette on the tip of her wet swamp-green slippers.

Bentley’s, the new environmentally-friendly whore house, told Tampa News Force that they pay the workers well however it didn’t take long during our interview with Shelbie, another woman working with the new business, to let us know that was not the case.

“They told you we get paid well?” Shelbie asked, visibly bothered.

“Sheesh!” She loudly sighed, as she turned her head to the hypothetical crowd for approval.

“Now that’s a lie if I’ve ever heard one! Yes I have a large Gucci purse, but don’t let that fool you. I had to scrape for that thing! And I’m not just talking about my cervix!” She delivered.

The location of Bentley’s can’t be shared through this article for legal reasons, but they said to “Go past the Mexican restaurant by the car was with the pretty lights and you’ll see a place that looks sketchy and you’ll know.”

← Where do hot girls hang out in Tampa?Protestors seek to cancel Grand Prix →