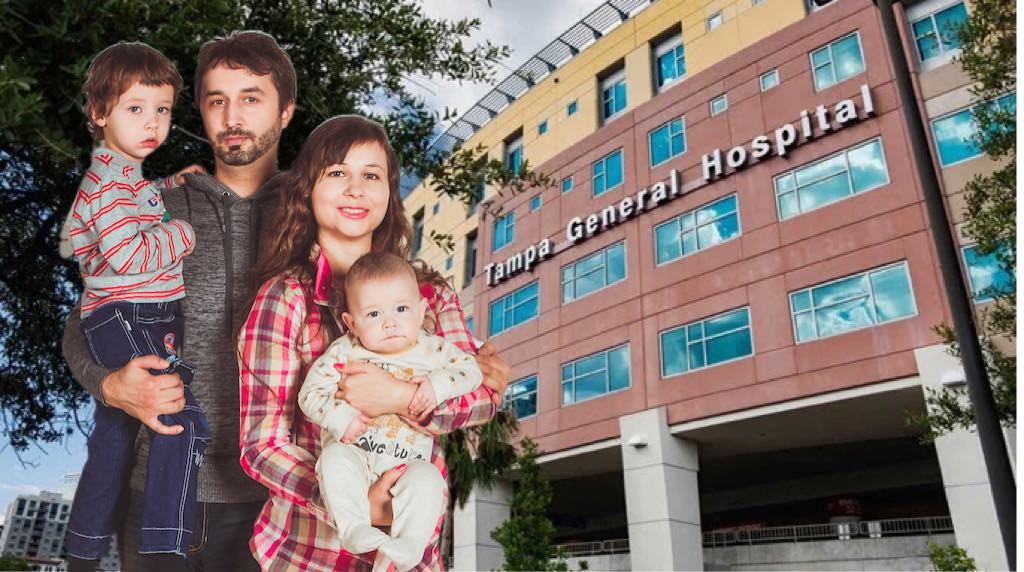 A child recently born at Tampa General Hospital (TGH) is believed to be the first named ‘Covid’, after the disease caused by the new coronavirus that emerged in China in December 2019 which has caused a worldwide pandemic.

“Look, somebody was gonna do it. Might as well be me! I mean, us. Me and the wife”, said Addie Hook of Seffner. “First! Eat it, losers!”

The baby boy weighed 10.8 lbs. at birth and was delivered at TGH’s Women’s Center.

“Mr. Hook started yelling, ‘Covid! Covid!’ as soon as the baby was out. We all freaked out a little because, well, we work in a hospital and we’re naturally going to have a reaction to that word”, said Dr. Jenna Phleem, the couple’s obstetrician. “Then we realized he was naming the child and we freaked out for a different reason.”

The baby’s full legal name is ‘Covid Nineteen Hook’. “Generally, we try not to judge people for personal choices they make that don’t actually have a direct impact on the health or care of newborn infants, but we tried to offer advice about reconsidering that decision. He was set on it, though”, said Dr. Phleem. “The kid will probably get beat up a lot when it’s older, though. That’s not my problem. It’s not even the weirdest name for a baby I’ve ever delivered. I’ve been practicing for 34 years and I’ve seen lot of strange names. It’s better than ‘Adolph Hitler’, that’s for sure. Yes, I delivered a baby the parents named ‘Adolph Hitler’.”

“Hey, if he doesn’t like it, he can go by a nickname or shorten it when he gets older. That’s what I did,” says Addie, whose name at birth was ‘Adolph Hitler’. “He can be ‘Covie’, like that basketball player who died in the plane crash.”

His wife Ronda Jo said, “Was I thrilled with the idea of naming our baby after the fucking Asian flu? No I was not. We’re not Asian! But then Cody pointed out the whole thing is a hoax. We have a family tradition of naming our kids after hoaxes.”

This is the Hook family’s second child; the couple has a four-year-old son named ‘Sandy’.