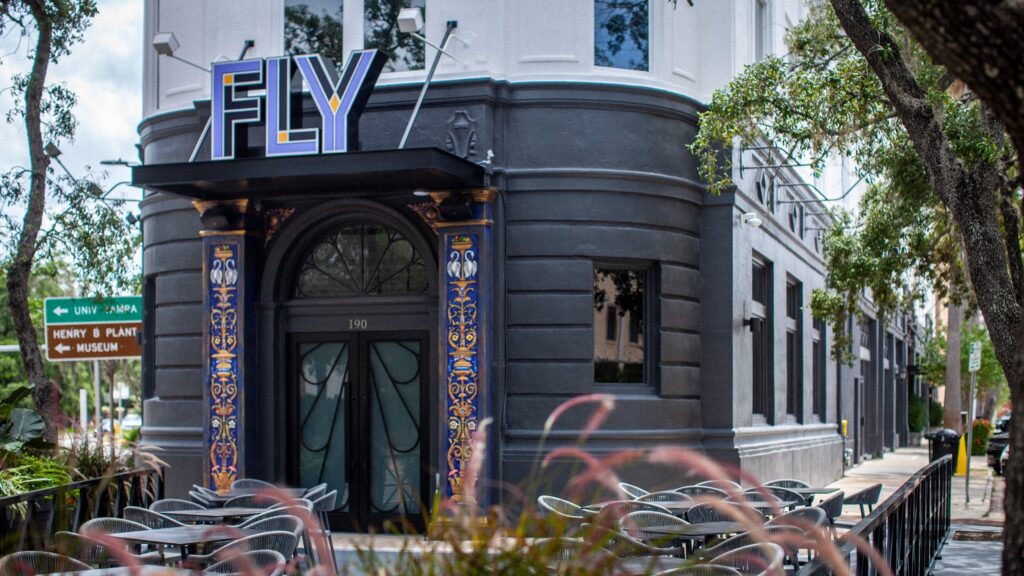 On a recent Saturday night, the executive and editorial board of Tampa News Force, Tampa Bay’s only media outlet dedicated to mocking people and places that deserve to be mocked, visited Fly Bar + Restaurant in Tampa to drink, dine and discuss important business like how great we are at mocking people and places, especially when they treat people poorly.

The accuracy of this statement checks out: we were told with no pretense that we weren’t going to be allowed to dine inside. It sure looked like those well-dressed people – at the handful of tables that weren’t empty – had been greeted with genuine hospitality and were having fun.

We were shown to a table in the exclusive outdoor dining area. We assume it was exclusive since we were the only people out there. We were also the only people who looked like we might not routinely spend $15 on a grilled cheese sandwich and a cup of soup, but that’s probably just a coincidence.

No, surely we were granted access to the exclusive patio area, featuring rain, a windy 45° temperature and a stunning view of cars speeding past on Kennedy Boulevard in recognition of our status as award-winning, influential media types.

A server who was undoubtedly thrilled with being stuck with waiting on us begrudgingly took our drink orders as we huddled against the weather conditions. After serving us and making the obligatory “Would you care for anything else?” query, we informed him that we had chosen to dine elsewhere, to which an unspoken but still strongly expressed sentiment of “Thank God” was expressed. He was probably relieved that we had saved him the trouble of spitting in our food.

We went down to India’s Grill down the street, where we were allowed indoors to eat some delicious Butter Chicken and Tikka Masala, for which we tipped 30%.

FLY BAR + RESTAURANT
5 out of 5 Big Fat Flaming Stars, based on what little we were able to actually experience. Might have been fewer if we had actually been allowed to come inside and eat a meal like human beings, but probably would have been pretty good, so you know, benefit of the doubt or whatever.

DEFINITELY TRY:
Being affluent and attractive. If you’re lacking those qualities, order a drink. The drinks are fine.

DEFINITELY AVOID:
Being less than affluent and attractive, unless you like sitting on a curb in a cold rain.