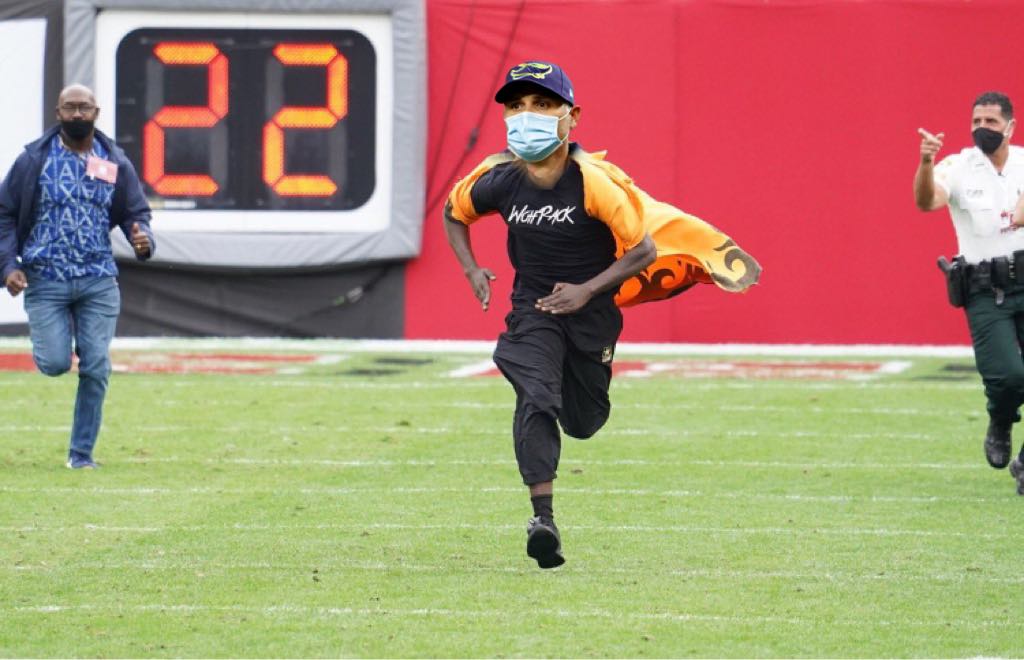 During the second quarter of todays game between the Atlanta Falcons and Tampa Bay Buccaneers, Tampa Bay Rays manager Kevin Cash jumped from the stands and ran out on the field in an effort to pull quarterback Tom Brady out of the game.

“That’s enough! Get him outta there!”, he was heard yelling. “Gabbert, warm up! You’re going in!” He was tackled by stadium security before reaching the Bucs huddle. He then started screaming at Bucs coach Bruce Arians, “You’re blowing it, Arians! Do something!” The Bucs led 17-3 at the time of the incident.

“Listen to me! I know what I’m talking about! You already lost Evans!! Check the analytics!! The numbers don’t lie! THE NUMBERS DON’T LIE!!”, he yelled as he was taken away, alluding to an injury suffered by wide receiver Mike Evans earlier in the game.

Cash was later named ‘Fan of the Game’.