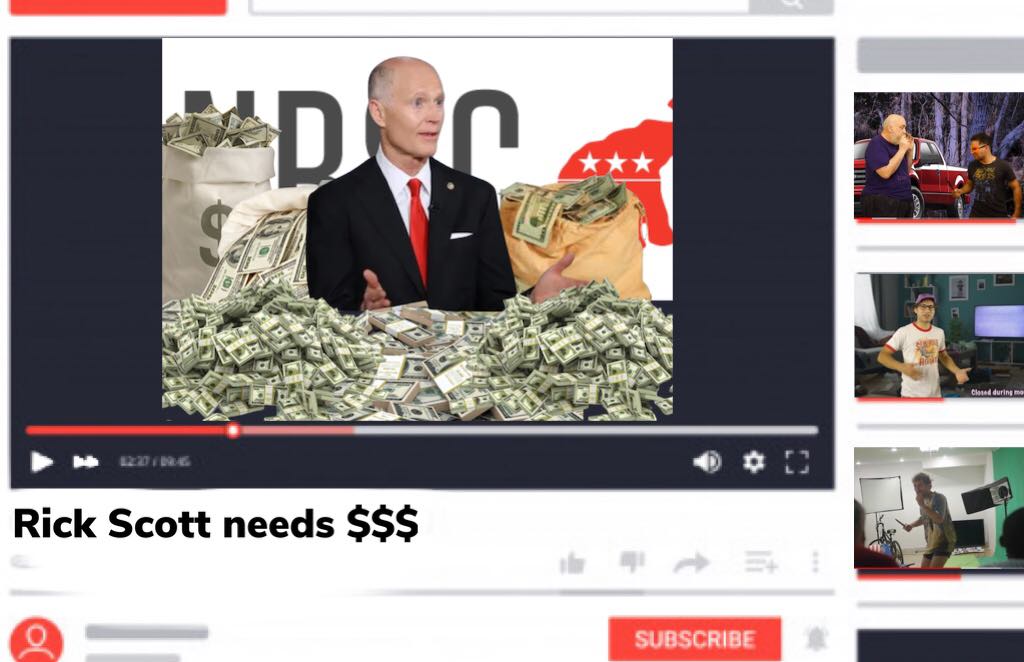 “As you may have heard, I have just now taken over as the Chairman of the National Republican Senatorial Committee,” said Scott in a video message he released on Twitter. “The fact that my fellow senators chose me to be the new interracial [sic] chair, means one thing for sure, they obviously don’t like me much.”

Due to COVID-19, Senator Scott refused to speak with Tampa News Force to clarify some of the words in the video. While I sat drunk, shirtless in my empty apartment, I continued watching Scott’s announcement video in an attempt to transcribe more of his announcement.

“I now have to figure out how to raise roughly a gazillion dollars,” said Scott in the video that was also shared by the NRSC twitter account.

The gazillion dollars he is attempting to raise are supposedly going towards retaking the U.S. Senate from the DEMONcrats who are steadfastly ushering in Socialism and destroying the American Dream.

“Believe it or not, I am really excited about this opportunity, what we do now is VITAL to the success of America,” said Scott in the video I keep referencing.  “We are in the fight of our lives,” continued Scott, a man who looks like every fight he has ever been in was with an Applebee’s waiter.

“I grew up poor in public housing, moving from place to place, with parents who struggled to find work,” said Scott who mentioned this as a reason for his success in business, and not the fact that he committed Medicare fraud.

“There are two things I don’t do, I don’t waste money and I don’t lose elections,” said the man who in fact never lost an election, but also never won an election with over 50% of the vote.

While Scott’s message was less than two minutes long, I personally couldn’t make it through the whole thing without getting incredibly bored and shaking off the sickly feeling that I was being lied to.

I gave up on watching the rest of his message, personally I don’t believe that raising a gazillion dollars translates to helping struggling Americans, but what do I know?

If Rick Scott wanted to help out people in Florida, he would resign from his Senate job and live the rest of his life locked inside of his McMansion while exclusively drinking red tide water.