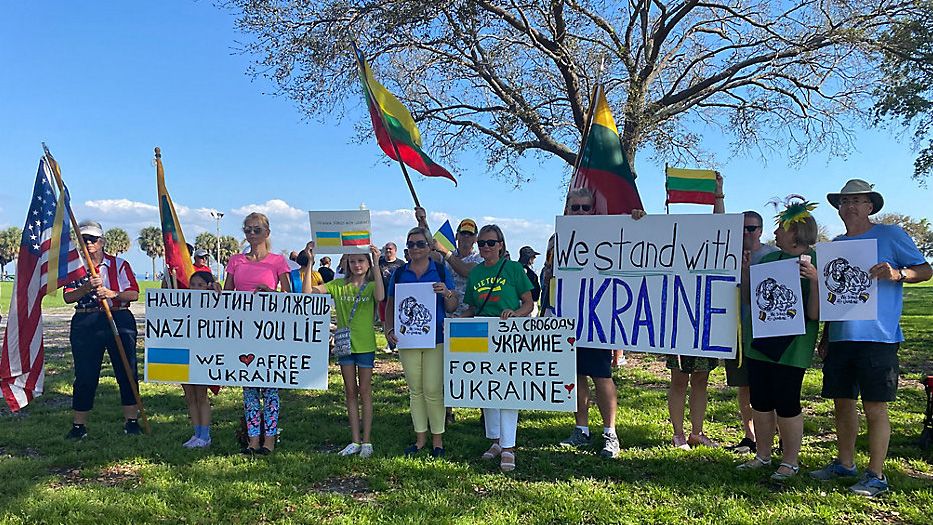 People protesting the war in Ukraine are disappointed after their voices are acknowledged and confirmed as valuable and correct and they’ve all been given gold medals.

“Honestly, I just like protesting because it makes me look cool on the internet. I could care less, and this is actually kind of annoying now I need to wake up early to get some award for posting about the war and it’s just like dumb, I just like complaining I don’t actually care about change I just love championing whatever’s hot at the moment. I’m a total psychopath I just follow whatever’s trendy for the purpose of gaining internet clout I just love the virtual attention I can’t get enough.” Said former President Barack Obama.

Most of the protestors have stopped protesting causes that are being acknowledged and it’s become harder to fin things to protest where they can still “get that feeling of being alive” said Sidney Upchuck.

“Yelling at a cop in the street is one of the only times I feel anything. I just like putting myself in dangerous positions, not because I believe the cause, but because it feels dangerous and exciting, like a music festival except instead of DJ’s it’s bouncers. It’s like a mosh pit without the tunes.” Upchuck gleefully explained.

The acknowledgment and heroization of these protestors causing them to stop is ultimately working out for the oppressors as they have know figured out how to stop them.

“Even if they are sincerely against a cause, they get so caught up in the gold dress at their gala they completely stop caring. They have a big fancy plate of food in front of them, they’re being talked about on a large projector screen by a B-list actor we hired, it’s unbelievable what a little appreciate can do for people’s egos. Everyone just wants to be hugged and loved and by falsifying those feelings through cheap tricks, we’re able to continue being very inhumane while getting away with it.” Said President of the shadow government AKA the illuminati, former President Barack Obama.

“I have a split personality.” He said.

“I create alter egos to help me execute my missions. It’s much easier that way. I’m able to live a completely separate life and convince myself I am morally and ethically on the right side at all times.” He bluntly informed me.

“Well that’s all nice and dandy!” I said, finally chiming in during my interview. My first words being my last.

“Yep, well, see you later.” Obama said, getting up from his side of the table at the coffee shop from Seinfeld. We went and got a cup of coffee from a little machine on the original set of Seinfeld in Hollywood, California.