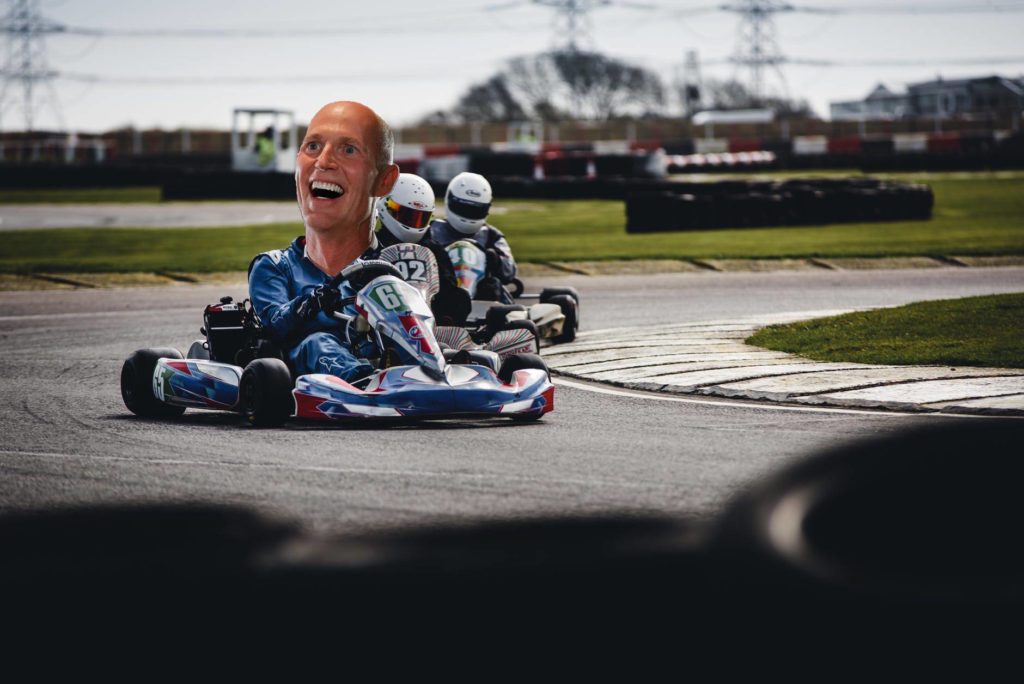 About two hours before President Trump began the 2020 Daytona 500 by issuing the customary declaration of “Gentlemen, start your engines!”, Senator Rick Scott launched a go kart race at the Grand Prix Tampa Family Fun Center in a somewhat similar fashion.

“Me and the president. Same.” said the former governor of Florida.

“We were getting ready to open for the day and he just comes out on the track, waving to… well, I don’t know. A bunch of invisible bystanders, I guess”, says Grand Prix employee Dale Halflax.

Scott apparently insisted on ‘kicking this race jam off proper’. Halflax says, “I told him I had already gassed the karts up and the only thing left to do was take a quick look around the track and make sure there was no debris or stray animals out there before the first race. He said, ‘I’m on it!’, hopped into one of the go karts and took off in the wrong direction, screaming ‘GET OUT OF HERE, YOU DIRTY GODDAMN DOGS!’ followed closely by two of his security personnel.”

Scott did several laps before coming back with an empty White Claw can. “I’m keeping this,” he said as he climbed out of the go kart, clutching the crumpled container to his breast like a newborn baby. A father and his two kids were waiting to get started and Scott smiled and waved to them. He yelled, “what are you tuna heads looking at?”, as he got into his helicopter and took off.

Halflax was equally impressed and weirded out by the whole experience. “He did a good job. I’m glad he found that can”, he said. “I had no idea the former governor was a racing enthusiast. The only hobby I knew he indulged in was committing massive Medicare fraud.”