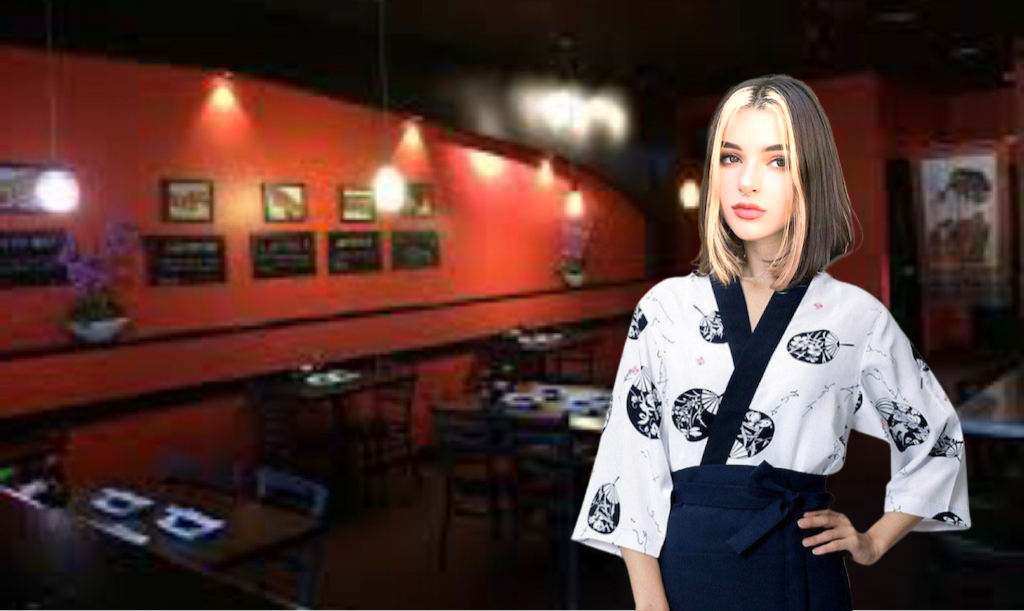 Heather Likwitz, a server at Snake Eel Sushi in South Tampa, is terrible at her job and blames it on not being able to communicate effectively with the kitchen staff.

“Look, I’m working just hard enough to not get fired and pocket some tip money, okay?”, she said. “I’m not trying to win sushi waitress of the year or anything.”

“My preference would be to work in an American restaurant with people like me, but the Dunkin’ Donuts in my neighborhood is full of Puerto Ricans”, she said. “So I’m stuck here until something better comes along.”

A couple recently visited the restaurant and complained about their order being incorrect. “I specifically asked for no tobiko roe on this and it’s completely covered in it”, said Meredith Holtz of Brandon.

Wicklitz replied, “Oh yeah, totally. I told them when I put the order in, but they don’t exactly habla, if you know what I mean. I’ll have them re-make it correctly and be right back. Sorry.”

“Yeah, I heard her the first time. Or I didn’t. Who cares?”, she said as she held each piece of sushi between her ungloved fingers and scraped most of the tiny orange fish eggs into a trash can with a butter knife before putting it back on the platter. “What difference does it make? Shit’s gross, with or without.”

Another customer later that night questioned what was taking so long to get what should have been a simple order of a California roll.

“You’re right, You should have had this a long time ago. I’m so sorry. But they’re all ‘me no speaky‘ back there, you know?”, she said, executing an exaggerated, sarcastic bow as she turned to put the order in for the first time, having neglected to do so ten minutes earlier.

“She said what?? I’m from Pittsburgh. I have a business degree from Duquesne! I speak better English than she does”, said the restaurant’s owner and head itamae Aito Nakamura. “What the fuck, Heather?”