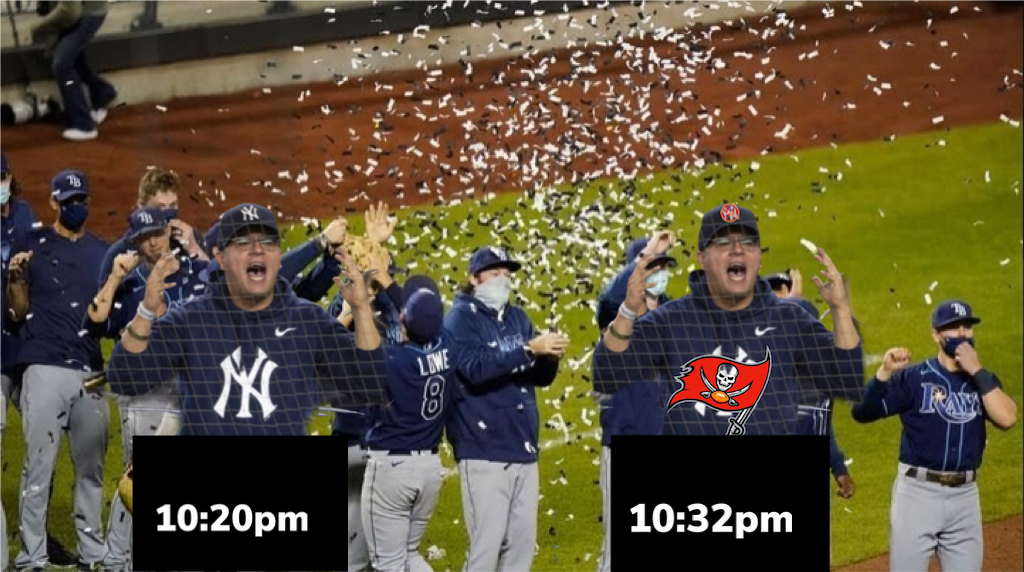 The game was tied 1-1 until Mike Brosseau hit a solo home run off cheap-shot artist, wife beater and certified all-around shithead Aroldis Chapman in the bottom of the 8th inning for the lead and eventual win because suck it, Chapman.

Meanwhile back in Tampa Bay, local Yankees fans after a brief period of blaming umpires or ANIFA or gremlins or whatever, are already adjusting to their season ending.