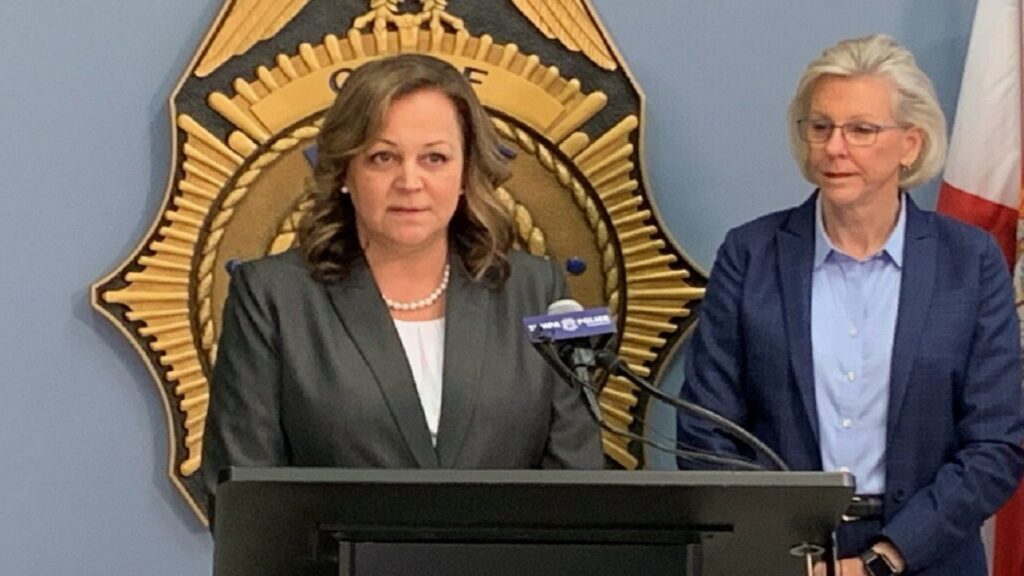 Tampa Mayor Jane Castor announced earlier today that former Tampa Police officer and deputy chief Mary O’Connor has been chosen to serve as the next chief of the Tampa Police Department (TPD), pending confirmation from the City Council.

The selection doesn’t meet all of the criteria set by President Joe Biden, who had taken an intense interest in the locally-conducted job search for some odd, unknown reason and expressed hope that the new chief, replacing the retiring Brian Dugan, be an African American woman, but he is not entirely disappointed.

“As the late, great rock star Betty White sang, ‘two out of three ain’t bad’,” he said, giving a thumbs up and then pointing to the sky while pouring one out as he boarded Air Force One for a flight to Pittsburgh to meet a dog who has learned to paint.

The Tampa Bay Times reported that O’Connor was involved in an incident back in 1995, just one year into her career with TPD, in which she was charged with battery on a law enforcement officer, obstruction and disorderly intoxication, resulting in her suspension and firing before being reinstated.

“I view that as a positive. It shows she’s not afraid to stand up to cops that she feels are in the wrong,” said Mayor Castor, a former TPD chief herself. “I mean, citizens should never, ever do that themselves but they can take comfort in the fact that their chief will.”

Tampa News Force welcomes Chief O’Connor and sincerely wishes her and the TPD nothing but unqualified success. Mostly, we look forward to having another authority figure to make fun of.