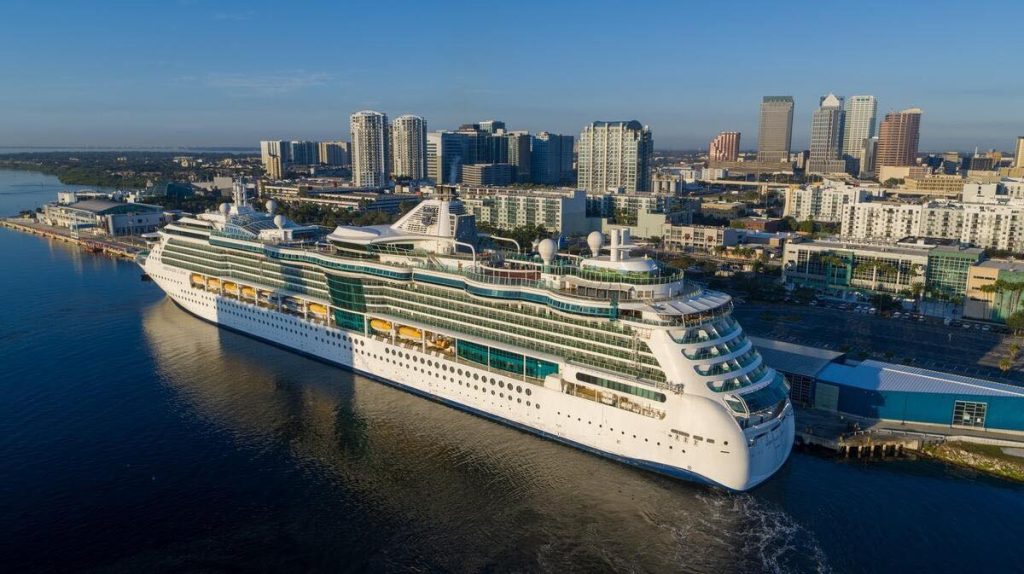 Between the sight-seeing, the food, the pampering, the entertainment, the activities and so much more, there’s a lot to love about taking a cruise. But did you know there are amenities you didn’t even know about? Obviously not, otherwise you would have known about them. That won’t be a problem for you anymore, though. Because we’re going to tell you about five of them! 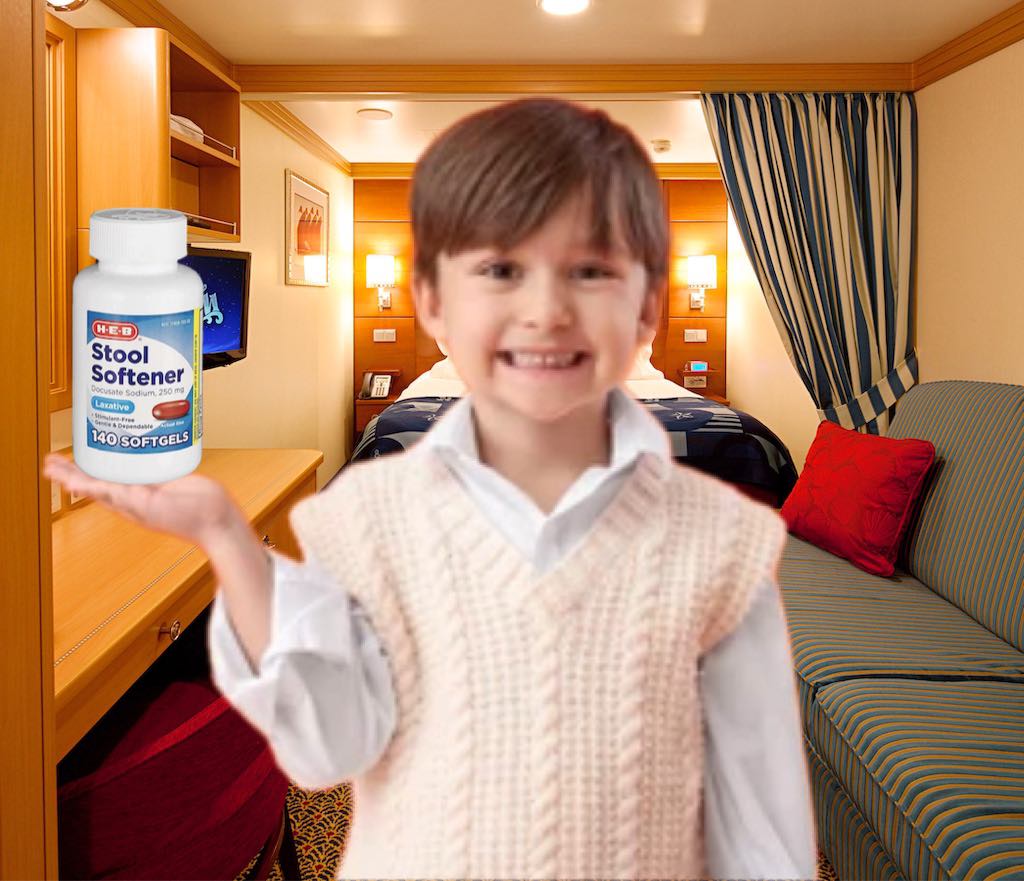 Eating large amounts of new and different cuisine can play havoc on one’s digestive system. If you find yourself in distress, you can simply summon the Stool Softener Boy. That’s right! Every cruise ship employs a young male child of ambiguous ethnic heritage to supply stool softener on demand. Simply open the door to your cabin and yell, “Hey, Stool Softener Boy!” and he’ll come running to put you at ease.

Meet the lead singer of the Miami Sound Machine 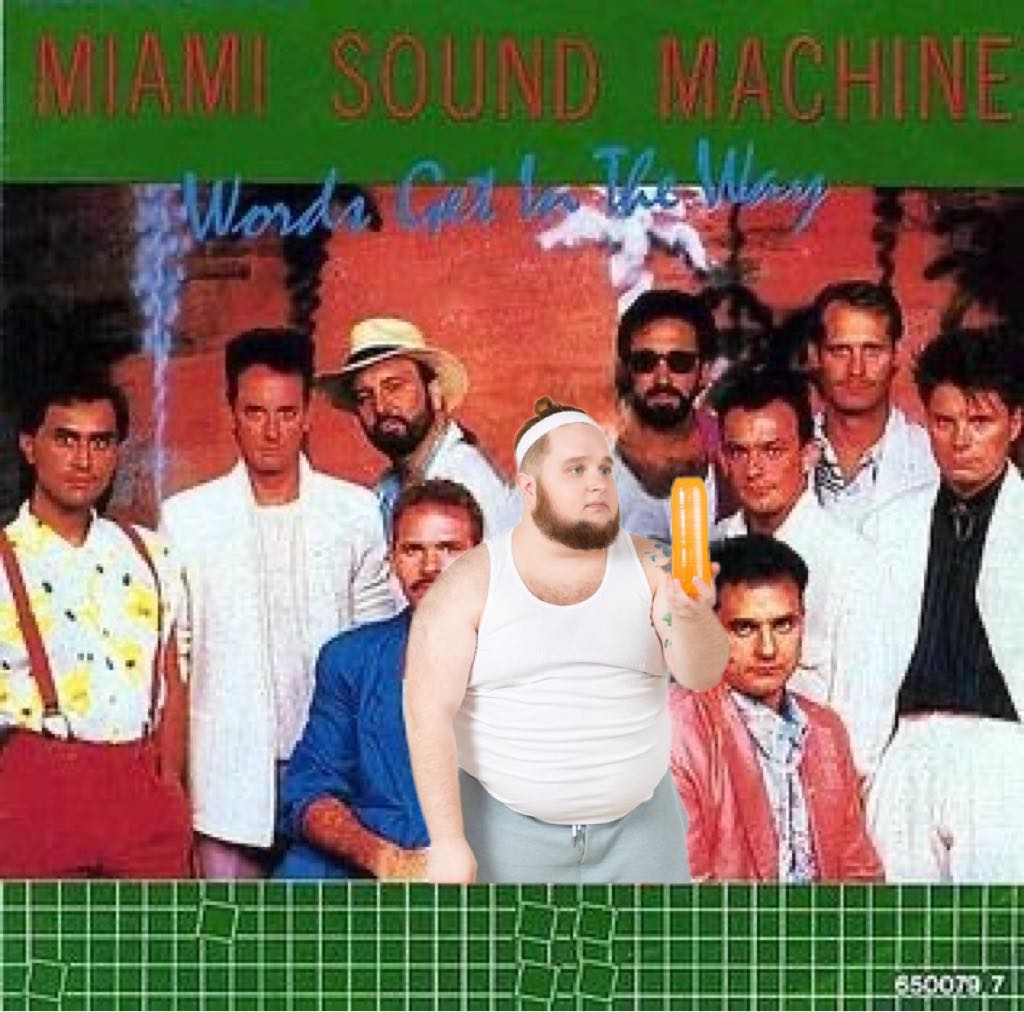 Not 7-time Grammy Award winner Gloria Estefan. She’s been a solo artist since 1989. But the group lives on with lead singer Humberto. He doesn’t perform on the cruise ships but he is known to hang out on them. At least that’s what he tells women he meets: “Hey babe, I’m Humberto, lead singer of the Miami Sound Machine. Wanna Conga?” But I heard somebody call him Bill once and he answered. He could be lying about everything. Who cares though? Miami Sound Machine!! 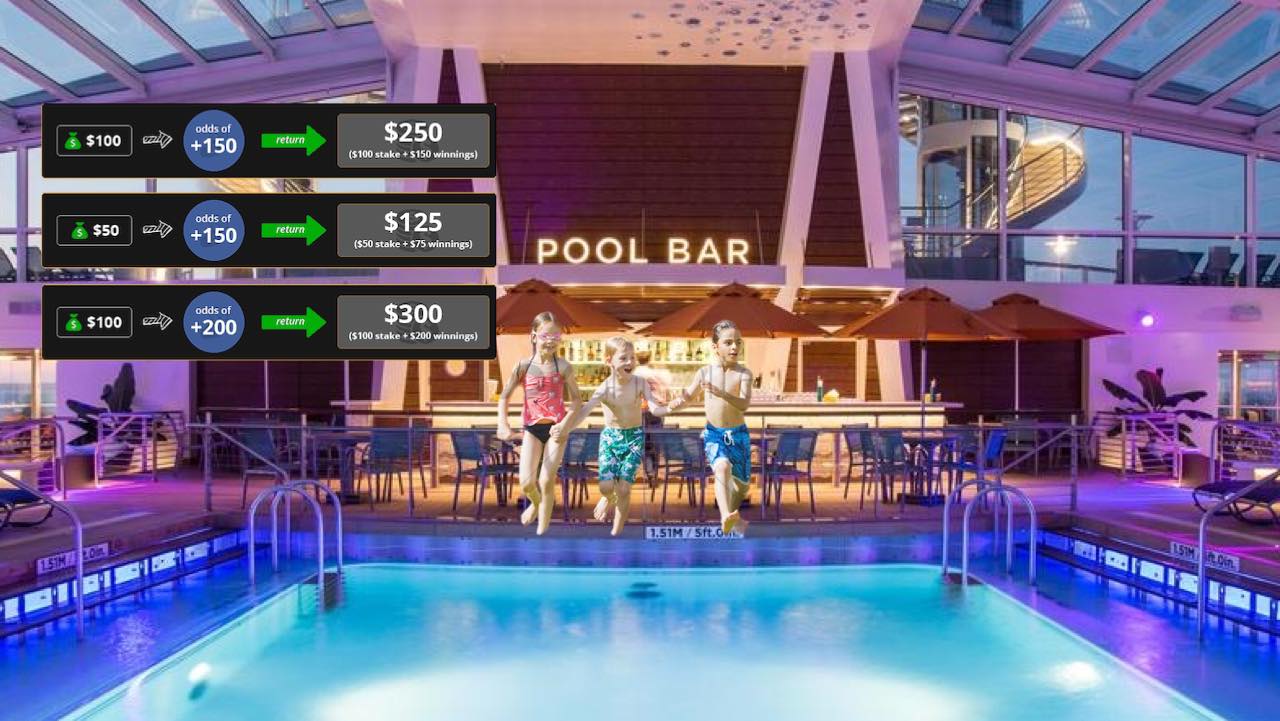 Sure, when you’re on a cruise you can gamble on all kinds of sporting events and propositions. You’re at sea! Gambling is totally legal in international waters! But what about the things that aren’t listed at the sportsbook? Let’s say you’re looking to lay odds on which of those kids running around the pool is most likely to wipe out and split their head open. It’s not that you want that to happen, but if it does, and it probably will, why shouldn’t you make a couple of bucks off it? Well, you can! Just connect with Julio at the pool bar. He’ll get you all set up. Be subtle about it though. Don’t get Julio jammed up with his boss just because you’re a degenerate gambler. That’s not his fault.

You can bring your pet falcon for free 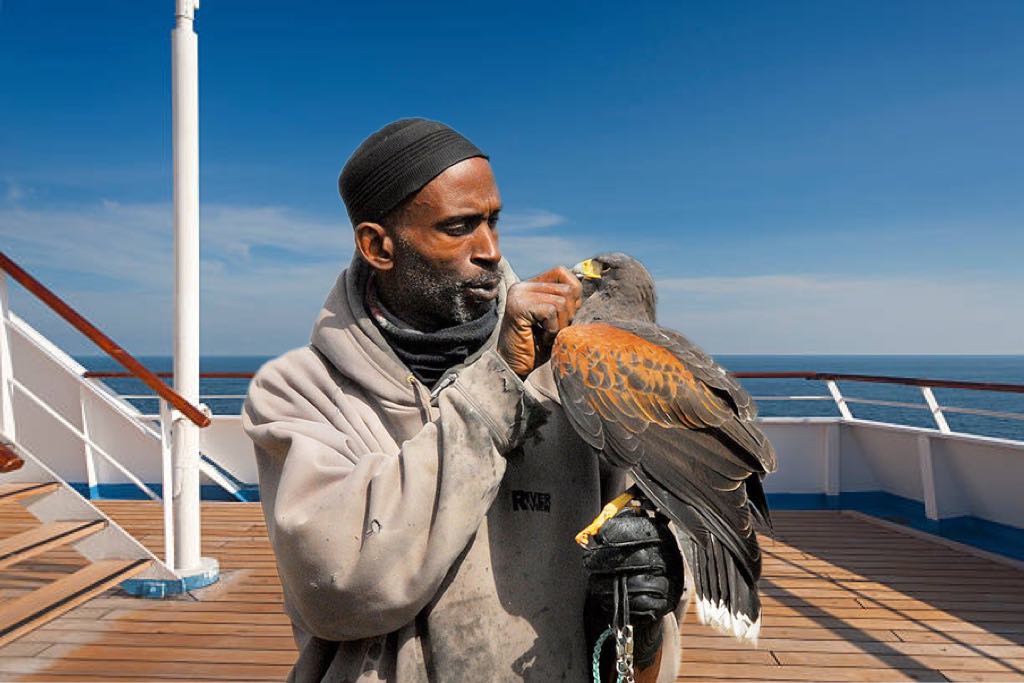 Aside from the ridiculously abused “therapy animal” dodge, most cruise lines won’t let you bring your pet along. The exception to that is falcons. Not only can you bring your pet falcon with you, there’s no charge! Why is that? One word, simple answer: rodents. Every cruise ship is absolutely infested with rats. Not just rats; mice, squirrels, beavers, chinchillas, groundhogs, capybaras and more. It’s a real problem because they get into everything. Falcons are rodents’ natural predator. Bringing Eddie (if I had a falcon, its name would be Eddie) with you is not just indulging your wish to not be separated from your feathered friend, it’s doing the cruise line a huge favor. The only potential problem would be your falcon getting too fat from all the vermin it will catch, kill and eat. That, and the incessant screeching your fellow passengers will not enjoy. Don’t call and ask about this, just show up. I’m sure it’ll be fine.

You can go home any time you want 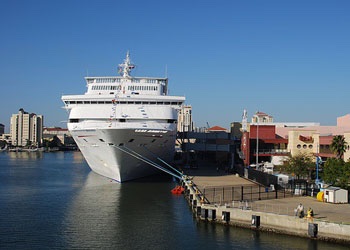 Let’s say that for whatever reason you’re not enjoying your cruise. Digestive discomfort (see above though), seasickness, a big fight with your partner. Whatever it is, you just want to get off the ship and go home. No problem! The ship never actually leaves the dock! Cruise ships haven’t sailed out to sea in years, because they’re just so friggin’ big now. Look at that thing; why on earth would you think they could put a motor on that and then just float around in the ocean? “That’s not true. We sailed to Cozumel in 2017 where we snorkeled a coral reef. It was beautiful!”, you say. Well, no, you didn’t. Your “memory” is one of those Mandela Effect deals. Like how you swear you remember Humphrey Bogart saying “Play it again, Sam” in Casablanca. Nope, never happened. What was said, and by Ingrid Bergman, not Humphrey Bogart was, “Play it once, Sam. For old times’ sake”. Also Curious George never had a tail. 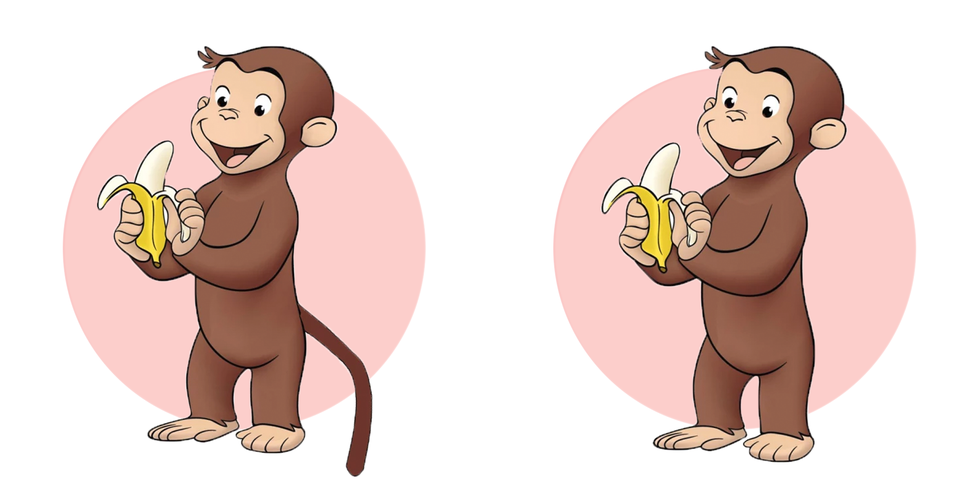 So if you really want to get off the boat, just tell any staff member in any department and they’ll get you off ASAP. Your car is parked nearby, right where you left it. Hop in and head for home. No refunds for the cruise, though, and once you’re off the boat, you can not get back on. So think it through before you make that call.

← Woman leaves devastating Yelp! review, based entirely on music played on jukeboxClearwater woman threatens to give less than her usual 65% at work today →