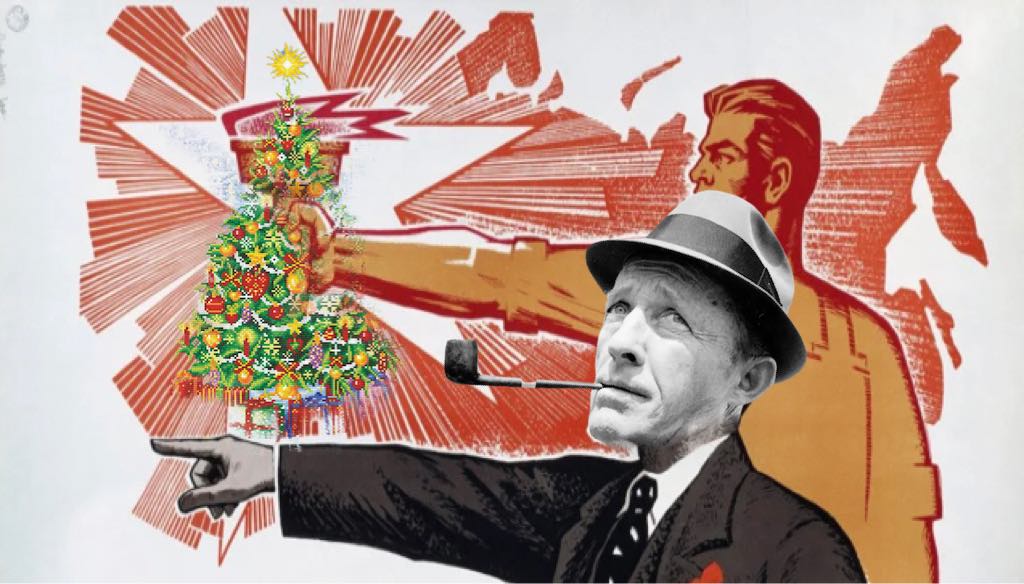 Acknowledging that this year had been an unmitigated disaster for almost everyone and that they might as well put the final nail in the 2020 coffin, Bing Crosby’s wife and children announced today that the Crooner’s famous Christmas song, ‘Happy Holiday,’ was actually the very beginning of the ongoing battle known as the War on Christmas.

As part of the press release, former wife Kathryn Grant has this to say:
“Bing was an innovator, ahead of his time in every way. That didn’t end with show business. He didn’t reveal his true disdain for Christianity to many, but if you ask anyone who did know, they’d tell you, he wrote that song without so much as a whiff of the word Christmas on purpose. He knew what he was doing; he knew what he was starting.”

Crosby’s son Nathaniel had this to add: “He was an insurgent, you might say. A true soldier.”

Happy Holiday was originally featured in the 1942 film Holiday Inn and has been a staple on Christmas Music radio playlists ever since. While including the words “merry,” and “bells,” there is no utterance of Christmas in song, nor any reference to the Lord, Jesus, or the Spirit. Despite this, the song has been covered and rereleased countless times by many artists.

“That’s part of the brilliance of his plan, really. Knowing that if a Christmas song became a hit once, it would be relentlessly covered by every Dick and Mary with half an ounce of musical talent and a record deal, this subtle plot ensured that the message behind this battle would be replayed for generations to come.” Explained Nathaniel.

The Crooner style of music, forever lauded as a sign of simpler times, times longed for by those who look for any reason to play victim while simultaneously perpetuating oppression and hypocrisy, may not be the safe haven many conservative Christians have always considered it to be.

“With a name like Bing, I should’ve known he was some libtard celebrity musician. Ain’t nothin’ sacred anymore. But in the end Jesus always wins. I hope he’s regretting that song down there in hell.” Lamented JimBob Smith of Plant City speaking under the condition of anonymity, but he can’t read anyway, so he’ll never know we named him.

Kathryn concluded her comments with this:
“We know this is a bit of a shock a week before December 25th, but he would’ve wanted the record to be set straight, especially this year. And with Biden being elected, it felt like perhaps there was a false sense of security among the Christmas War fighters, but now is not the time to get complacent. Fight on friends.”

Matt is a former hockey player, former hockey satire blogger, and former contributor to the Tampa Bay Lightning blog Raw Charge. He’s also written five minutes of standup comedy that he hasn’t gotten to perform yet, thanks to COVID. A father of an almost-teenaged daughter, he has no shortage of dad jokes, cynicism, and annoying stories of the general public.

View all posts by Matt Amos →