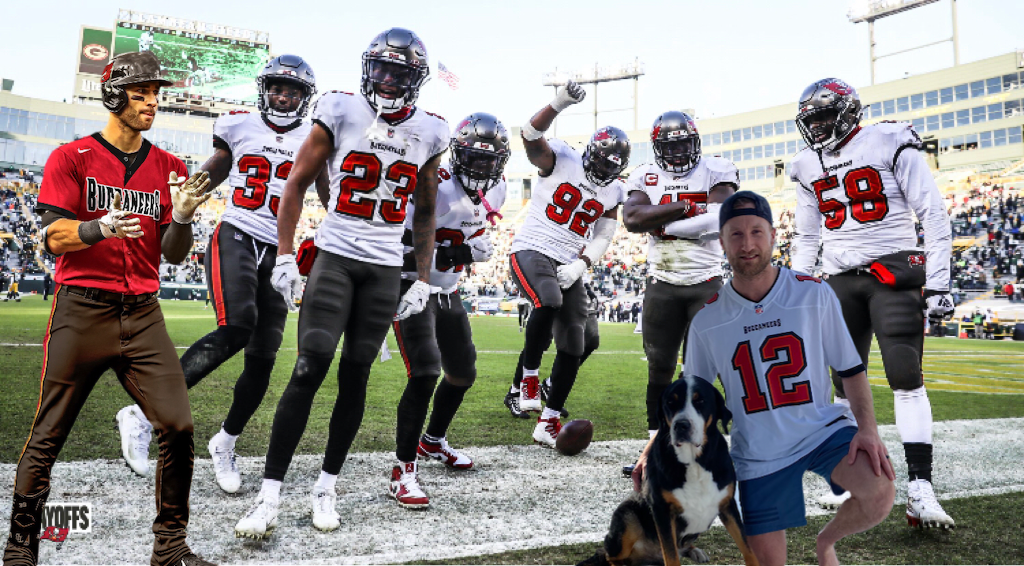 The Tampa Bay Buccaneers beat the Green Bay Packers 31-26 tonight to win the National Football Conference Championship and advance to Super Bowl LV which will be played at Raymond James Stadium in Tampa on February 7.

It’ll be the second time going to the Super Bowl in franchise history, following their 48-21 win at Super Bowl XXXVII in 2003 in San Diego over the Oakland Raiders.

In what can best be described as a true community team effort, the Bucs overcame a performance from Tom Brady that saw the all-time NFL great throw three interceptions.

Running back Leonard Fournette rushed for 55 yards and a touchdown. Receiver Chris Godwin had 110 yards receiving and a touchdown. Linebacker Shaquil Barrett had three sacks. Forward Steven Stamkos scored a goal and had two assists. Outfielder Kevin Kiermaier went two-for-three, driving in two runs and made an amazing catch at the warning track late in the game.

On February 7, the Bucs will face the winner of the Bills-Chiefs game taking place right now.