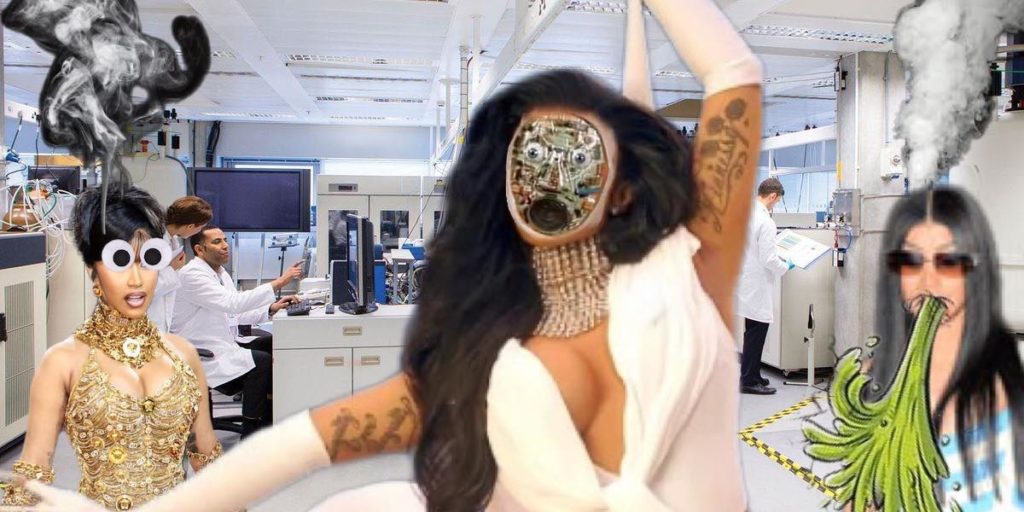 As many of you know, the US government began experimenting with the CARDI Program in the late 1980s, CARDI being short for Computerized Ass Revolving Dance Intelligence.

While the original CARDI droid, Cardi A, was released in 1989 and received some success in in dancehall and Cardi C (1995) had a few memorable hits in reggaeton, no Cardi droid seems to have matched the success of the second iteration of the program, Cardi B.

Now that we’ve rounded the horn in terms of letters in the alphabet meant to signify CARDI bots’ chronological releases, we thought it would be important to look back at a few of the other versions of the CARDI robots in the past and what makes this second edition still reign supreme.

Cardi D, the fourth installment which was released in 1996, famously joined ISIS and is still currently active somewhere in Syria after turning off all tracking data and reprogramming her own entire weapon’s AI. By the time researchers saw the programming flaws with Cardi D’s behavioral systems, it was too late. By 2015, nineteen known Cardi droids had now been released to the world.

Many Cardi bots had been already given heat guided missile launchers hidden inside their forearms and many had been given jet packs to deliver packages for Amazon. Seeing as how many of these Cardi bots had also been programmed to distract entire nations with catchy lyrics and rhythmic ass-throwing, the potential for this technology seemed imminent.

The US government began self detonating Cardi bots in 2016, with Cardis F-T getting the orders. This comes despite the fact that Cardi G had joined Doctors Without Borders and Cardi L was helping ward off poachers of rare indigenous rhino species in Ghana. Despite the success of certain Cardi bots in many areas across the globe, the danger of their existence just seemed too grim.

But this brings us back to the second entry into the Cardi robot line and why she was allowed to continue operations. Now with five number one hits on the Billboard Top 100 and a long-standing marriage to American rapper Offset, it seems her programming has been more stable than any Cardi bots since her release. Sometimes if it ain’t broke, don’t fix it.

The government continues to develop and release Cardi droids today, releasing new models faster than ever and development doesn’t seem to have slowed at all. The most recent Cardi model, known as Cardi D2, was released in 2021 and was convincingly passed off as Cardi B and Offset’s human baby dubbed colloquially as “Wave.”