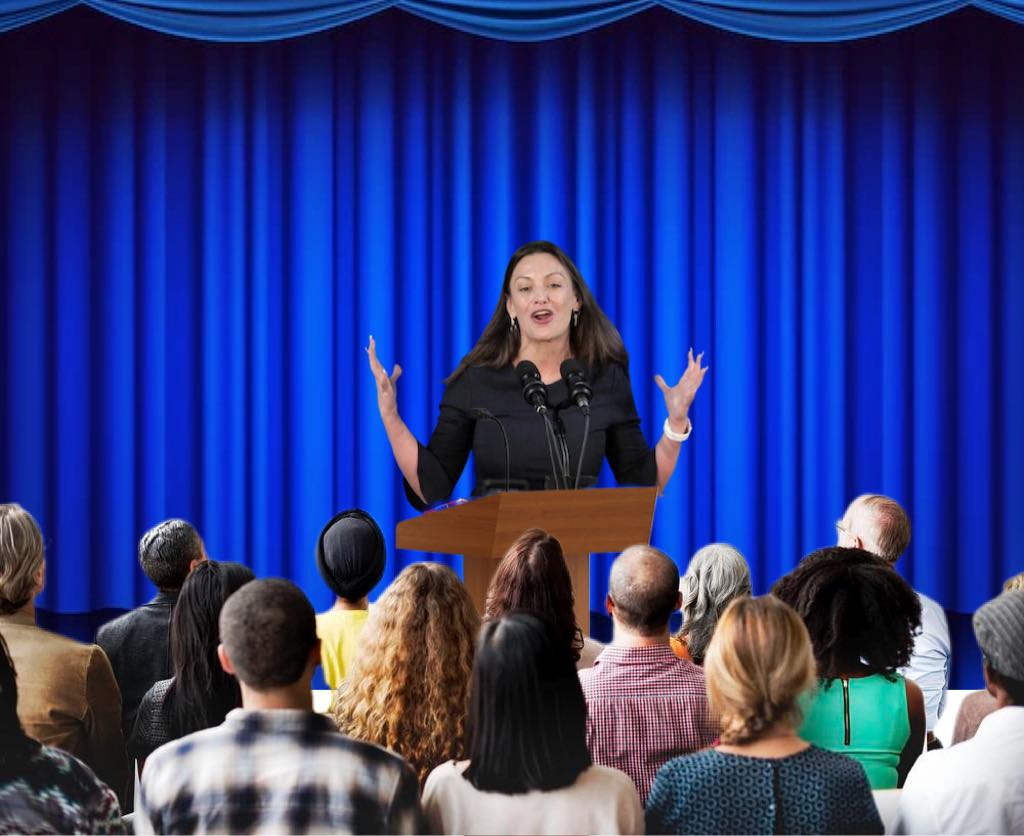 Agricultural Commissioner, Nikki Fried, pathetically gathered a small and unnoticeable cluster of people to complain about her leftist talking points.

“Florida could really use some legal weed right about now,” said Fried to her supporters.  “I don’t understand it. All these old ass people come to this state to die, and they don’t want to smoke weed? Smoking weed on a golf course would be awesome.”

Fried shrugged and let out an exacerbated sigh.

“We have one of the worst childcare systems in this country, and Republicans want to force more families into a broken system that only benefits their law firms. They aren’t proposing laws that help families after the child is born.”

“Families are losing their homes and they are having trouble paying for the homes that are available. Jobs aren’t paying people enough, and the only way to survive is by working an unreasonable amount of hours a week, making it impossible to spend quality time with loved ones.”

“Republicans are convincing people that teachers are grooming children so that they can shift public school funding to charter schools that they own.”

“People need access to mental health and health services in general. Our suicide and gun violence rates aren’t being addressed.”

“Charlie Crist is a snake puppet who will do and say anything for money. He is a corporate prostitute and will most likely win this primary, even though he has no agenda.”

Fried then pulled out a gun and shot it in the air.

“Democrats aren’t trying to take your guns away. We like guns too. We are only proposing looking at the people trying to buy military weapons before they are used to blast classrooms full of children.”

“Anyway thanks for coming out, we aren’t going to win this election because Ron DeSantis created a fake election police unit to find all the ‘Voter Fraud’ they are claiming. Yet, the only fraudulent votes found have been for themselves.”