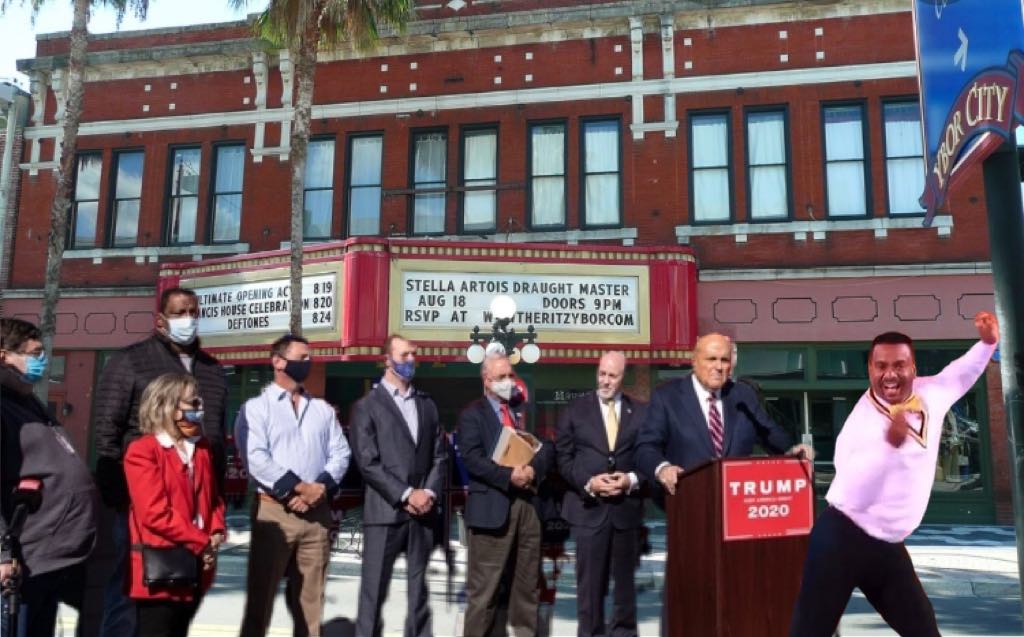 “I guess I’m supposed to talk about how we’re addressing the obvious incidents of fraud surrounding the election but as to why I’m doing that here in Tampa, I have no actual idea. I just go where the Tweets say,” said Giuliani. “This is Tampa, right? Wait, Ybor City? What the hell is happening right now?”

“Hey, don’t look at me. I don’t know what’s going on either”, said actor Alfonso Ribeiro who was on hand for some reason. “My agent told me I had a gig in Tampa this morning, so here I am.”

Giuliani, surrounded by Ribeiro and an assortment of unidentified hangers-on, mumbled some comments about pending lawsuits and called Saturday Night Live’s Kate McKinnon a bitch before being asked to move along. “Hey, come on. We have homeless people trying to sleep out here”, said a Ritz box office staff member. “Go bother someone else.”