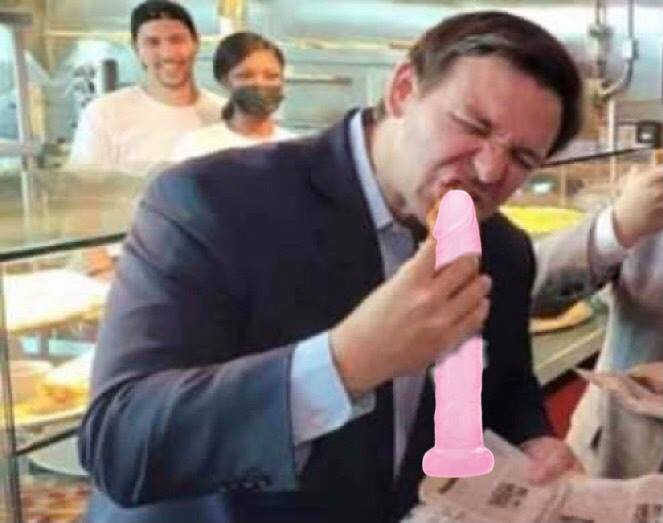 Florida Governor Ron DeSantis visited the annual Adult Novelty Trade Show at the Tampa Convention Center recently, where he participated as a celebrity judge in a sex toy competition.

“Florida is open for business and a big part of that is the return of annual conventions like this one”, he said.

“It was a little weird because we weren’t having a sex toy competition. He just decided to start one”, said exhibitor Flan Piffworth. “I guess he’s just a take-charge guy. Well, in some aspects, anyway.”

“As far as I’m concerned, these people are essential service providers and heroes”, DeSantis said, gesturing to the various display booths. “You may need to take a break and have some relief. These sex toys are the cleanest sex toys you’ve ever seen in your life. Man, it’s like a five-star jackshack in here because they really take pride in things, and it really shows. It really makes a difference. And as somebody who used to drive 95 up and down this congressional district and driven all over the state, I know my way around rest stops and service stations and jackshacks.”

“I didn’t vote for him and I never would, but in this particular case, he’s not wrong”, said convention attendee Myrna Gordner.

DeSantis meticulously graded a number of adult novelty products, factoring in shape, size (length and girth), color, texture and ‘intangibles’, eventually declaring a purple Lovehoney Gyr8tor as the ‘Best In Show’. “I gotta think this one’s gonna do awfully well. I said the same thing about the new Buc-ee’s in Daytona back in March and I stand by both of these assessments.”

He then put on a pair of sunglasses and left abruptly through a back door, taking a number of products that he didn’t pay for with him.

← Foods that make your ass taste betterDr. Fauci Emails Reveal He Has a Big Penis →