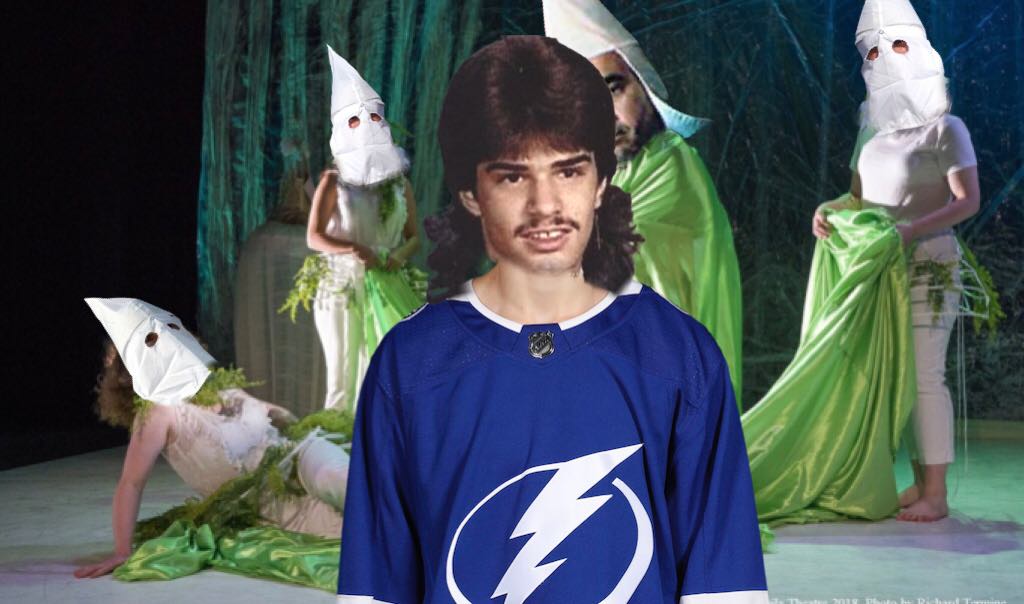 A Tampa Bay Lightning player was recently out at a White Supremacist production of Midsummers Nights Dream and he was happy to report that he got laid.

“Yeah I’m not racist, but she was down to fuck,” said lightning goalie Anders Nilsson. “I hope you don’t actually publish this story, the headline is really bad and I don’t think I’m famous enough to be made fun of in a satirical way.

The stage production of the Shakespeare classic was held at the auditorium of a middle school in Hernando County.

“I’m very serious about you publishing this, I don’t think it’s a good idea,” said Nilsson in what I assumed was a thick Russian accent. “I’m from Sweden, and I swear I’m not racist.”

While Nilsson was trying to run away from our conversation, all I wanted to ask him about was how the play was.

“It was like any regular Shakespeare play, but very racist for no reason.” Nilsson then left with his date, Ellie Kemper, star of the Unbreakable Kimmy Schmidt.