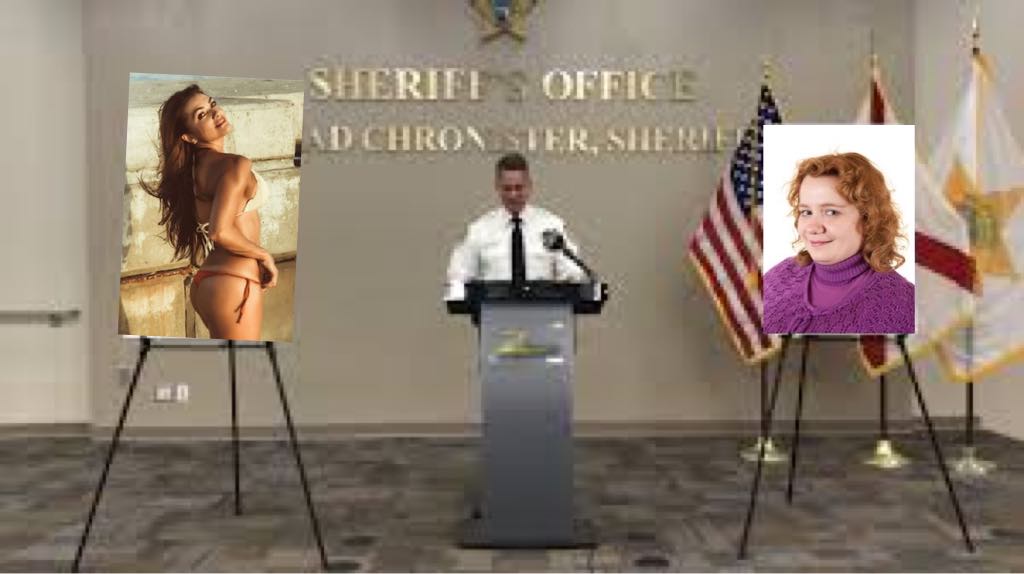 A woman from the Town and Country neighborhood of Tampa has not been seen for over a week and nobody really cares because by comparison to other women, she’s not very attractive.

“The subject’s name is Marcy Garner. She’s 32-years-old, overweight with red hair, bad posture and a sizable mole on the right side of her nose”, he said. “She is officially not attractive enough to ever be the subject of a story on Dateline but could at some point be featured in a Lifetime movie. Nobody has seen her in nine days. Not her parents, not her employers, not her partner… well, of course she doesn’t have a partner. But the point is no one has any idea where she is right now, whether she’s safe or in grave danger.”

A reporter motioned to a poster on an easel to Chronister’s right and said, “Is that her?”. Chronister responded, “Her?? Oh no. That’s an Instagram model. Her name is Maiya. Isn’t she hot? We know EXACTLY where she is! No, this is Ms. Garner, the subject in question”, as he placed a poster of some uggo on an easel to his left.

As most of the suddenly aggressively disinterested journalists began packing up their equipment and preparing to leave, another reporter representing an unknown media outlet said, “32? Hmm, okay. We can probably work with that.”

Chronister looked at his notes and corrected himself. “I’m sorry, I meant to say 42. She’s 42-years-old”, to which that reporter replied, “Right. I’m out”, before muttering under his breath, “Lifetime movie my ass.”

“Come on, you guys. She’s not hideous”, Chronister said, stifling a giggle. “I mean, she’s kind of average, that’s all. She’s still a person, a human being. Oh, and she’s white! And not a man! Don’t discount those factors”, to which someone in the hastily departing crowd replied, “Average white human beings don’t bring clicks!”

The last interaction between Chronister and the media was another reporter asking, “So, if someone sees her do you want them to call you or something?” Chronister answered, “Yeah, sure. I guess. Whatever”, obviously distracted by the poster of Maiya the Instagram model.