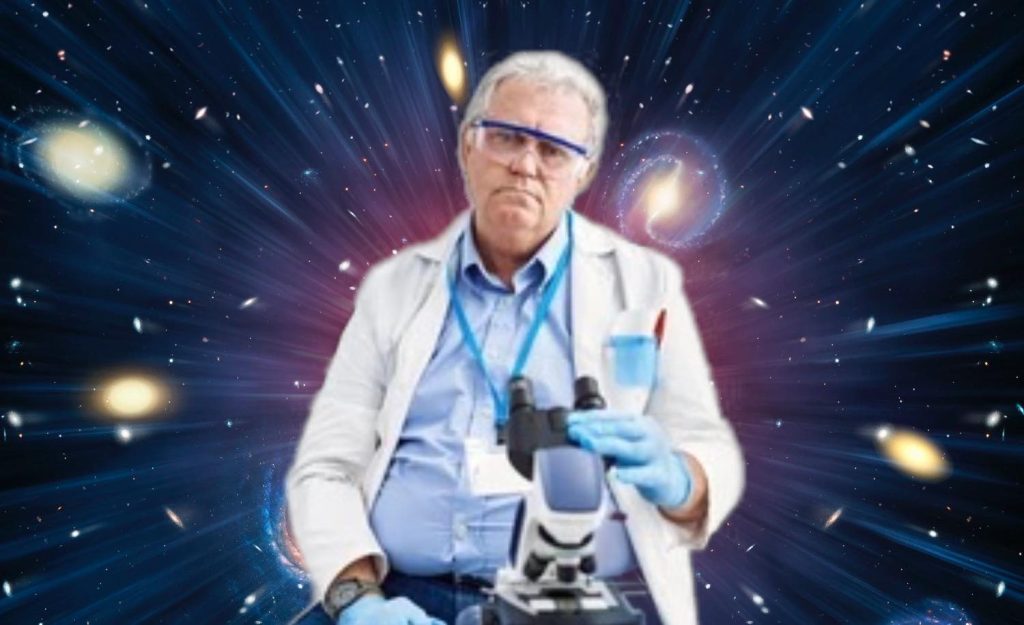 Professor Brett Powers, an astrophysicist currently teaching at Brown University has published a series of findings which have virtually rendered the universe meaningless, and humanity as, “inconsequential.”

The papers follow various people’s daily lives and conduct surveys of their moods and how actions affect their realities and the world around them.

After a 3-year study which followed 45 people across 17 countries, it was proven without a doubt that “nothing means anything,” and “none of it matters.”

“You’re either alive or not alive, no other details matter. You might say, ‘oh that person’s not living right, this person is living right,’ but at the end of the day they’re both alive, so they’re both doing it right.” Powers explained.

“There’s also no difference between being alive or being dead, those are just 2 states of existence, like a liquid or a solid. One is not better than the other, they just both simply ‘are.’ If one person screams, another person sleeps somewhere else. Where one person feels pain, another person feels pleasure. The universe is perfectly balanced, so no matter what you do, a measure of counteractively will take place regardless of what you strive to accomplish. You cannot create good in your life without creating evil for another. Nothing is admirable. Nothing is evil. Everything simply ‘is.’” Powers said like a total douchebag.

“No, I don’t believe you, you’re full of s**t.” I said, wagging my finger at him in disapproval.

“What? Why don’t you believe me?” Professor Powers said taken back.

“Because I can see the skin from your mask sagging.” I said, pointing towards a loose flap of skin behind Powers’ ear.

Powers quickly stuffed the loose skin flap back into place.

“What are you taking about?” Powers said slightly nervous, but maintaining a strong front.

“You’re a mother f***ing alien.” I said confidently as I began peeling a banana, taking a tiny bite right off the top and smiling to myself proudly.

“No I’m not, I’m a quantum physicist at Brown University.” Said Powers, now verklempt and sweating.

“That’s funny, you told me earlier you were an astrophysicist.” I teased, now taking a larger bite of my halfway peeled banana, avoiding a brown bruised part.

“F**k you! You don’t know s**t!” Shouted Powers in an accusatory fashion.

The skin flap he tucked behind his ear came loose again, and I could see a glint of turquoise green scales gleaming from the exposed area.

“I can see your scales, you’re not a human, you’re trying to sabotage humanity into thinking nonsense.” I calmly said, not even looking in Powers direction anymore, checking my Yahoo email on my phone.

Powers materialized a vibrating light-weapon from his hand, ripping through his false human skin, and plunged it toward my abdomen.

I easily, smoothly, and lazily swayed to the side, narrowly missing the what-I-would-assume-is-the sharp edge of the alien light weapon, all while maintaining the structural integrity of my 2/3 eaten banana.

A small piece of the banana fell on to the ground.

“You made me drop some banana.” I said ominously.

Powers seemed kind of scared by my cool composure and readied himself in a defensive stance.

I gobbled down the small portion of what was left of my banana then gave Powers the middle finger.

“I’m actually a pacifist. I don’t fight.” I said before turning to walk away.

Powers molted and shed the entirety of his human-skin-facade, and launched the equivalent of a giant wasp stinger towards my backside.

I could sense the danger coming, so I perfectly timed a heel kick which connected with the stinger and jettied it back towards his direction, striking him dead center in where his alien heart was.

“That doesn’t mean I won’t bounce back something you fire at me.” I smirked, pulling out a tooth pick from my pocket to get the banana pieces from my gums.

Powers, or whatever the beings real name was, then let out a guttural alien war cry and caved in on itself, collapsing into a jagged pile of bone and foreign liquid.

“Stupid alien. You’re no match for an angel.” I said, now sprouting wings from my back, wide and glorious.

“I am an angel, and I’m here to protect earth.” I said to myself, as no one else was around to witness this unique instance.

Then I flew back to TNF headquarters with my wings, retracted them, and maintained my normal identity of a journalist at a fake news corporation.

“How was work?” Asked some guy who was walking in the hallway of the office.

“Lets just say… It was work.” I winked, and we both shared a laugh, even though I don’t know who he was, but he was very friendly.

Side note: when I was in high school one time a couple of my friends called me late at night high and asked me if I was an angel. I was just trying to be cool, I was like, “yes, I am an angel.” Then I think they changed their minds and didn’t think I was an angel anymore. True story. I guess it’s that thing of like, if you ask someone if they’re a “hero” they can never be like, “Yea, I’m totally a hero.” Because then you’re not a hero anymore. So I think by me saying “yes, I’m an angel,” when they asked if I was an angel, it was a very un-angel-like thing to do.

But that’s nice at least, that while they were inebriated they thought I was an angel. Maybe I am! Who knows! Only the universe. Or not. Whatever. Who cares. Maybe professor Powers was right.