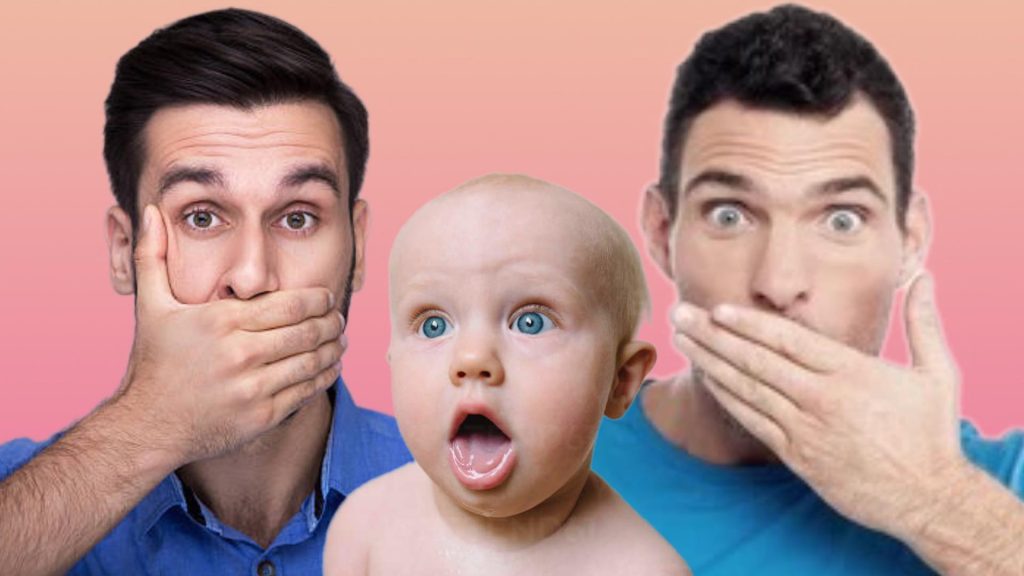 Steve and Dan Dewey, a young married homosexual couple who are both pastors at a progressive church they co-own are being questioned after their adopted child said its first word, which was the N word, in a public park.

The couple was playing bocce ball in Julian B. Lane park when the baby uttered the N word, which sparked anger and confusion amongst park goers who happened to overhear the occurrence.

“I was shocked.” Said Shirley Shockland, Tampa’s premiere female exotic baker, who was walking her sadomasochist-gimp-partner and happened to catch wind of the muttering.

“I was like, ‘that’s a straight up baby, that thing shouldn’t say that, especially because the parents are white.’ Then I made eye contact with another person who heard it and we were both like, ‘what the heck?’”

Steve and Dan Dewey both began crying in a hysterical panic, not being equipped to handle a situation like this.

“I heard it, I started going to their body.” Said Francis McCaw, a youth who was riding a scooter near the incident. (“Going to their body” is slang for punching someone in their midsection.)

“Yea, I just started dinging both of them up like, ‘Bap! Bap! Bap!’” McCaw mimed himself attacking the homosexual parents.

Child protective services was called on site and an agent showed up to take the baby from it’s adopted parents, Steve and Dan Dewey.

The Dewey’s claim that they listen to a lot of Playboi Carti at home and that would be the only way that the baby would pick up on a word like that, and they found it equally shocking that that would be its first word.

“We didn’t mean for this to happen!” Cried Steve Dewey riding in the back of a paddy wagon on its way to Facebook jail.

Dan Dewey fled the scene and has yet to be found.

Then church that the Dewey’s co-own, “Church of Chrizzy Chrizeist” has been repossessed and is scheduled to be burned down.

“Technically it’s not a crime what happened and I think everyone is overreacting.” Said Police Chief Fayke Offizer.

“Yea, I mean, it’s strange, but none. Of this is illegal and it’s really not that crazy or wild of an accident. Stuff like this happens more than you’d think. My child’s first word was the N word, but luckily no one was around to hear it.” Offizer said as he scratched his crotch with his night stick.

Then, almost on cue, as if a higher power had heard what Offizer had just said, a tractor beam from a giant flying aircraft in the sky with a giant logo which read “Facebook Jail” came down and began pulling Offizer up into the air, as he kicked and screamed.

He pleaded for me to help him, but I pretended like I didn’t hear him.

The baby who said the N word has been adopted by Ron DeSantis, who has featured the baby in his new campaign commercials with the slogan, “Make babies allowed to say the N word again,” a phrase which as tested well in focus groups and is projected to boost DeSantis poll numbers for the midterm elections. The baby has not said the N word again since it’s first time, so that’s a positive.