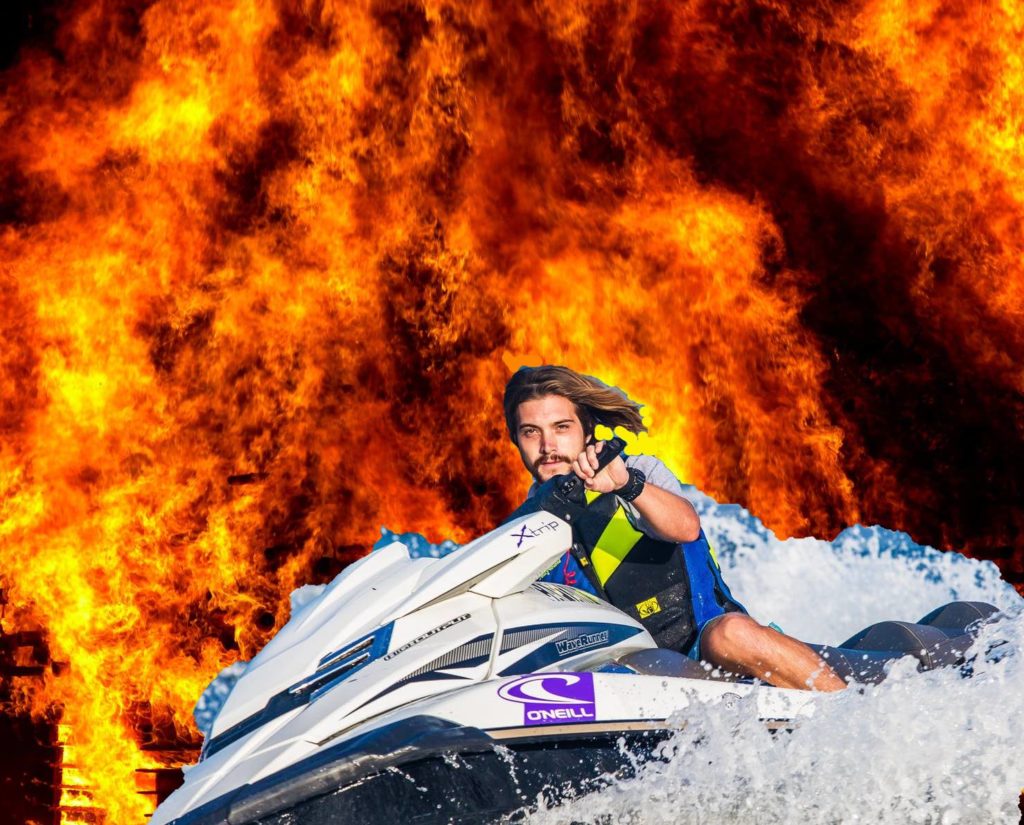 A Hillsborough County student got the promposal of her life last weekend when fellow student Chet Washington asked her to prom after an elaborate prank which involved a jet ski incident taking place in the Gulf by the causeway.

After faking a stingray injury, Washington revved the throttle while pretending to be knocked out, leading the jet ski right into a shack on the dock, which exploded in movie-like fashion, complete with Hollywood special effects.

As Kimberely Yethens screamed from the back of the jet ski, that’s when her closest friends and family ambushed her with a, “Surprise!” Then Washington woke up from his feigned coma and unraveled a banner that read, “Prom?”

Yethens, who immediately realized it was a. prank, shrieked with joy and begin screaming, “Yes! Yes! Yes, of course!”

The crowd cheered and celebrated with the young love birds on their endeavor to prom together.

The prank cost the Washington family around $60,000 but the family does not regret the high price tag.

“I would do it again a million times.” Said Chet’s dad, Timothy Washington.

“I have a lot of money, and I spend it on abstract worthless things because I’ve become empty inside on my pursuit of riches. I thought luxury would bring me happiness and peace but it only made me realize I’d wasted my whole life working towards this goal of wealth when in reality my best times were right in front of me and I never seized them. Now I have all this money and no real love so I spend it on my ‘family’ even though they don’t feel like ‘family’ to me. They just feel like people in my life I have to support…” The senior Washington said while calmly, chaotically, contemplating his existence and worth in the world.

“I could have travelled the coast of California with my best friend when I was 18.” He said.

“Instead I worked in an office as an intern… My best friend died 1 week after he went on that trip by himself. And you know what? If I went with him, I know he wouldn’t have died! I know it!” Washington said while shaking me.

Things started getting weird, so I gave up on the story and left. I think you got most of what was important anyway. We don’t need to learn why that kids Dad is so unstable. Some things don’t need to be shared in public. That’s what confidants and friends are for. And animals. Tell your secrets to animals. Michael Jackson did that.