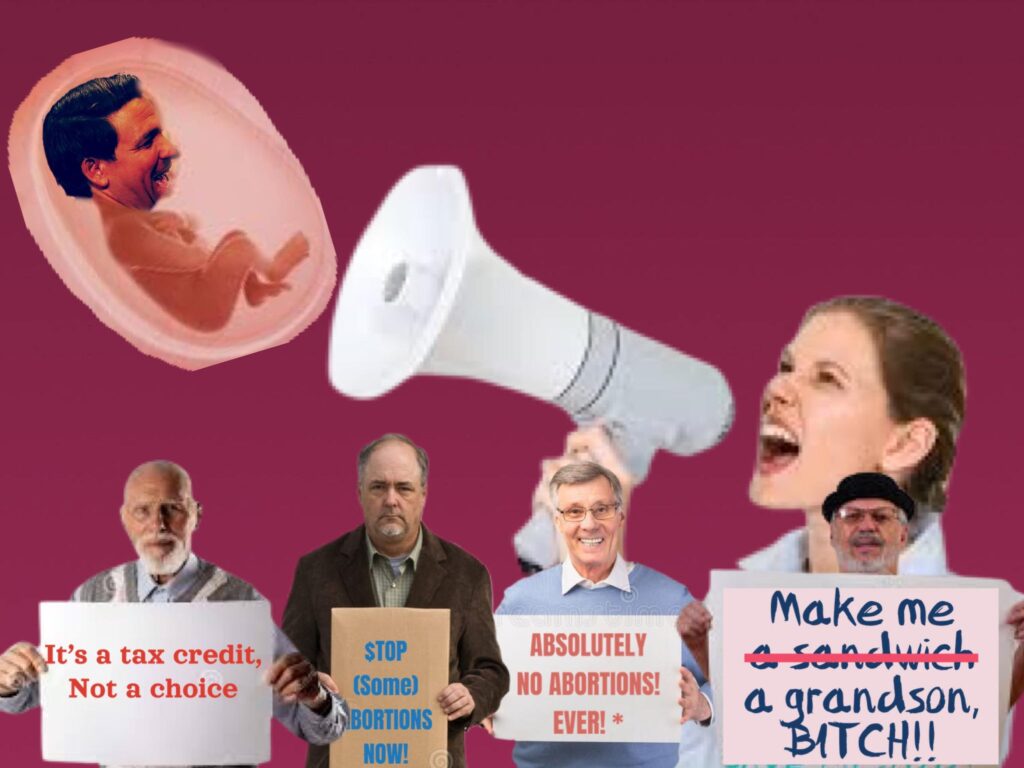 Following in the footsteps of the Texas law banning abortions after the detection of a fetal “heartbeat”, Florida lawmakers today unveiled similar legislation that restricts access to abortions after 6-weeks unless the abortion recipient comes from a wealthy family.

“This law will protect unborn children who require a chance at life!” Screamed Janet Blandy, a pro-life supporter standing outside of a Planned Parenthood in one of Tampa’s poorest neighborhoods.

Blandy has been protesting abortions for over a decade and is happy that Florida is finally fighting back against the Supreme Court decision of Roe v Wade.

“If you can’t afford to kill the baby, then you have to live with it until one of you dies!” Shouted Blandy into a megaphone at a group of people walking by. “If you ain’t rich, make sure the slip don’t rip!” She continued.

Governor Ron DeSantis held a press conference with all the elderly white males who crafted the legislation.

“Let’s get one thing straight, every abortion is murder,” said DeSantis to resounding applause. “That is why we included the exemptions for people who can afford to murder people the right to terminate an unwanted pregnancy.”

A confused reporter asked for more information on the affording murder part.

The exasperated governor took a few deep breaths to try and control the raging anger he was feeling towards the liberal reporter before calmly going off on a mansplaining tangent:

“Say you’re a young woman who comes from a wealthy family and before I explain this next part, I want to explain that Florida doesn’t have comprehensive sexual education that teaches kids about safe sex, and we probably never will.  We also don’t provide any birth control or contraceptives to give people the option to raise a family when they are ready.  Instead, if they have an unwanted pregnancy, they have to just live with that…unless the family has enough money to be quiet about it.”

DeSantis then ended the conference early and promptly exited the room with all the other old white men.

After the press conference, all the lawmakers joined DeSantis in the bathroom where they removed their clothes and tied their ties around their eyes while wandering around in the dark attempting to fondle one another.  This team-building exercise is a favorite amongst Republican lawmakers who successfully pass restrictive abortion laws.