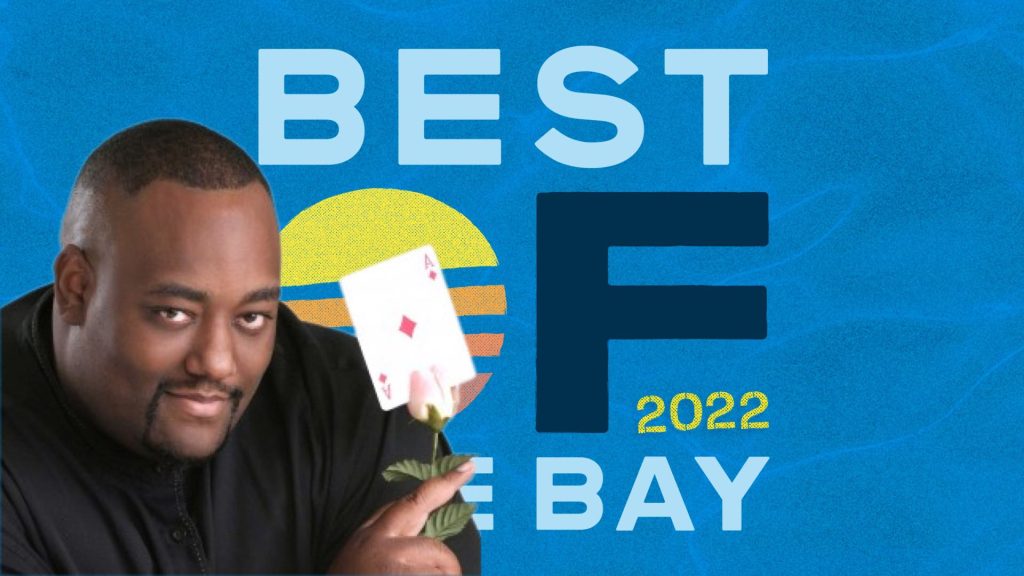 The results are in on the 2022 Creative Loafing Best of the Bay Awards and Tampa News Force did not win in the category of Best Experimental Act (that honor going to Abortion Twins, whom we tried to warn you about) but we’re not bitter about that at all. Why would we be? It’s your fault, not ours.

Instead we’re here to congratulate Dewayne Hill, a nominee in FIVE different categories (Best Actor, Best Filmmaker, Best Magician, Best Comedian and Best Family Entertainer) and a winner in TWO of them (Best Magician and Best Family Entertainer) and finishing second under Best Comedian, which are absolutely incredible achievements considering nobody who actually lives in the Tampa Bay Area has ever seen him perform anywhere or even heard of him.

“That’s not true; I’ve heard of him. He’s that guy who was nominated for a bunch of Creative Loafing Best of the Bay Awards in spite of nobody knowing who he is,” said Craig Schnerfterteren, a person we made up for the sake of attributing this fake quote to in this article about prestigious and clearly legitimate awards.

So congratulations, Dewayne Hill for honestly winning these prestigious and clearly legitimate awards. We would love to meet you some day, if you actually exist.

And thanks for not having a podcast, we guess.